Marin Cilic will play the winner of the first-round match between France's Gael Monfils and Argentina's Horacio Zeballos in the second round. 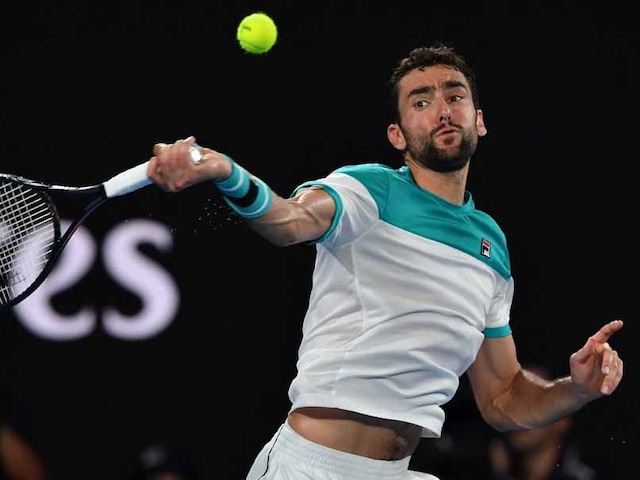 Croatian tennis player Marin Cilic defeated Argentine qualifier Carlos Berlocq 6-3, 6-2 to advance to the second round at the Rio Open. "I'm feeling good. It was an okay match. It was a solid match, first one on clay," Cilic said after Monday's match, reports Efe. "I wouldn't say that I played really, really well. I felt that I played well. In the critical moments I think I played my own game, very offensive and overall I think I controlled the match quite okay."

The Australian Open finalist, who needed just one hour and 19 minutes to knock off Berlocq, the world No. 139, will play the winner of the first-round match between France's Gael Monfils and Argentina's Horacio Zeballos in the second round.

"I just have to keep focusing on myself just to try to get day after day a little bit better and better, even tomorrow in practice," the 29-year-old Cilic said. "Just do a couple things from the match today that I'd like to do and focus on the next one."

Last month, Cilic had lost 2-6, 7-6, 3-6, 6-3, 1-6 to world number 1 Roger Federer. Switzerland's defending champion dropped his only sets of the tournament to beat the Croatian sixth seed in 3 hours and 3 minutes.

Comments
Topics mentioned in this article
Tennis Marin Cilic Carlos Berlocq
Get the latest Cricket news, check out the India cricket schedule, Cricket live score . Like us on Facebook or follow us on Twitter for more sports updates. You can also download the NDTV Cricket app for Android or iOS.