Novak Djokovic will be part of the Serbian Davis Cup squad which will participate in the tournament that is being played in a new format. 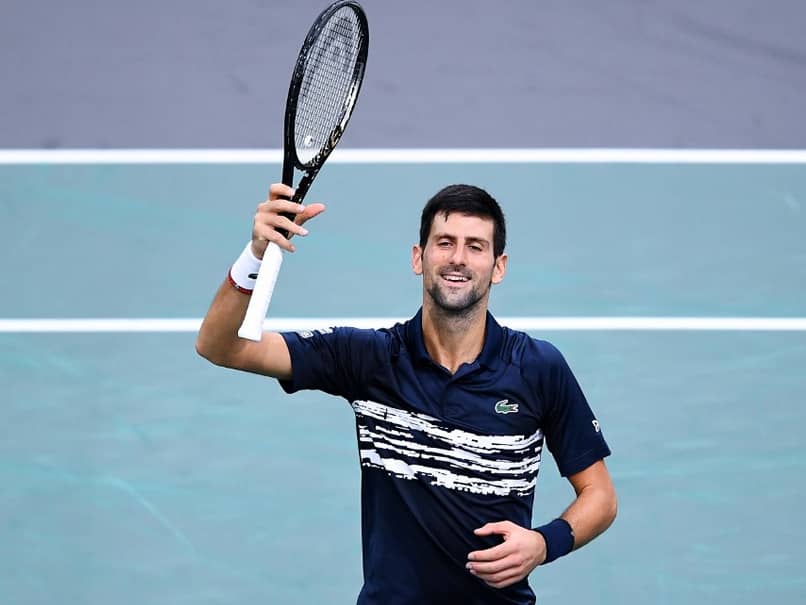 Novak Djokovic is part of the Serbian squad for Davis Cup.© AFP

Novak Djokovic is readying himself for Serbia's assault on the revamped Davis Cup. The tournament will see a new 18-team format that has replaced the former World Group. The World No.2 has been hampered by injuries but still seemed in high spirits, showing off a brilliant party trick to fans that thronged to the stadium to watch him practice in Madrid. In a video posted by Djokovic himself, the Serbian tennis star can be seen hitting some overhead smashes before pulling off an incredible trick of catching ball in his left shorts pocket. In the video, fans in the stadium can be heard cheering loudly after Djokovic pockets the ball.

Novak Djokovic lost to Roger Federer, missing out on a place in the ATP Finals semi-finals in London, revealing afterwards that he had been suffering pain in his elbow.

The Serb had needed to win the ATP Finals title to have any chance of taking back the number one ranking from Spain's Rafael Nadal.

But it wasn't to be as Djokovic was completely outplayed by the Swiss maestro, losing the match 4-6, 3-6.

Serbia's Davis Cup captain Nenad Zimonjic is confident Djokovic has overcome his injury issues and will be fine for the Davis Cup.

"He will have his first practice since that match today (Sunday) so we'll find out. As of now, everything is okay."

"I think it's going to be enough time for him to prepare for our first match which is going to be on Wednesday," said Zimonjic.

Serbia open their campaign against Japan on Wednesday morning before meeting France in their second group match 24 hours later.

Novak Djokovic Roger Federer Rafael Nadal Tennis
Get the latest updates on India vs England Series, India vs England , live score and IPL 2021 Auction . Like us on Facebook or follow us on Twitter for more sports updates. You can also download the NDTV Cricket app for Android or iOS.