Novak Djokovic Confirms He Will Play US Open

Novak Djokovic's decision is a major boost for the US Open after a host of headline names pulled out of the tournament. 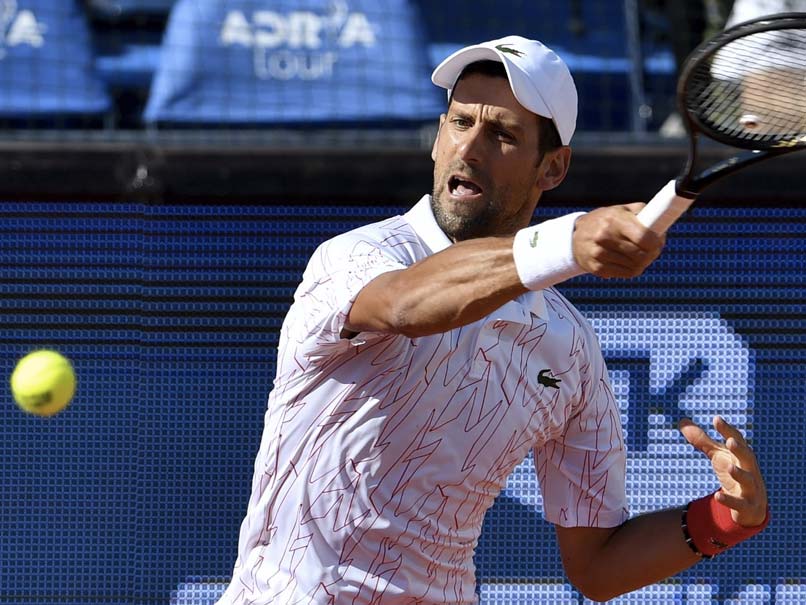 Novak Djokovic will play the US Open and the Western and Southern Open this year.© AFP

Novak Djokovic confirmed on Thursday he will play at the US Open, ending speculation about his presence at the first Grand Slam tournament since the coronavirus restart. "I'm happy to confirm that I'll participate at #CincyTennis and #USOpen this year," Djokovic tweeted. "It was not an easy decision to make with all the obstacles and challenges on many sides, but the prospect of competing again makes me really excited," the 17-time Grand Slam winner added. The US Open is due to get underway behind closed doors in New York on August 31.

It is preceded by the Western and Southern Open, which is normally played in Cincinnati but has been moved to New York this year.

The 33-year-old's decision to take part is a major boost for the US Open after a host of headline names pulled out.

Djokovic makes his competitive return after being heavily criticised for hosting a charity tennis event in the Balkans in June at which he and a raft of players tested positive for COVID-19.

Kyrgios was among those to serve up verbal volleys, describing Djokovic's decision to put on the ill-fated Adria Tour as "boneheaded".

Djokovic, president of the ATP Player Council, said he was "deeply sorry" and admitted he and the event's organisers had been "wrong".

His confirmation that he will appear at the US Open came after he initially expressed scepticism that the tournament will go ahead, describing limits on players' entourages at the tournament as "extreme" and "impossible".

In a statement on his website on Friday he wrote: "I am aware that this time around it will be very different with all the protocols and safety measures that are put in place to protect players and people of NY.

"Nevertheless, I have trained hard with my team and got my body in shape so I am ready to adapt to new conditions."

He said he had completed "all the check-ups" and was fully recovered from coronavirus and was "ready to get back on court fully committed to playing my best tennis".

The winner of a record eighth Australian Open before the season went into lockdown said he respected and appreciated the "time, effort, and energy" taken to put on the two events.