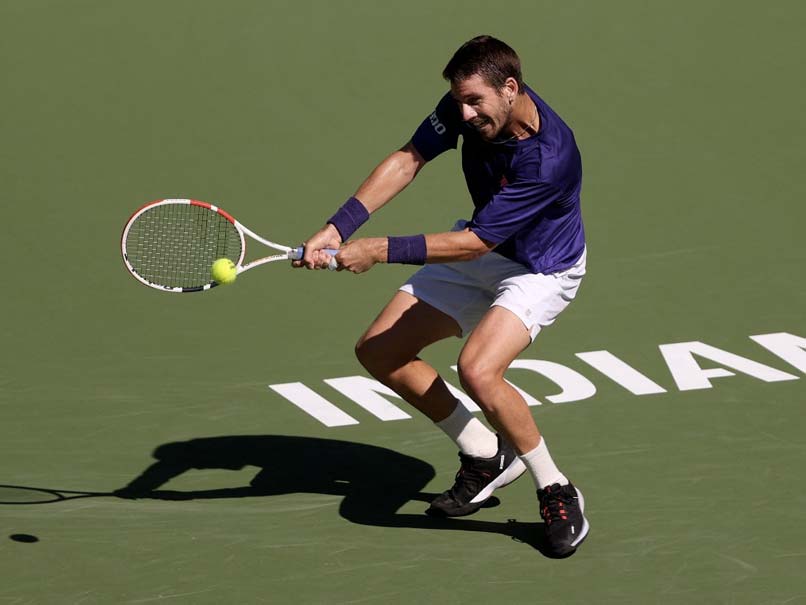 Great Britain's Cameron Norrie used a precise service game to overpower Diego Schwartzman 6-0, 6-2 to reach the semi-finals of the ATP Indian Wells Masters on Thursday. Norrie, the 21st seed, needed just 73 minutes to dispatch the Argentinian and has now won three of four career matches against Schwartzman, who was undone by a string of unforced errors in the California desert. "Everything went my way today," Norrie said. "Right from the beginning I was timing the ball well. I thought I was in for a long match because the previous times we have played have been so long and so physical.

"I hit a lot of lines in the first set and stayed tough in the second and served well when I needed to. I am so happy to be through, it is such a big win for me."

Dimitrov eliminated top-seeded Russian Daniil Medvedev, the newly crowned US Open champion, in a hard-fought fourth round match on Wednesday.

The 26-year-old Norrie, who will supplant Daniel Evans as the British No. 1 when the new rankings come out on Monday, is enjoying a career best season.

"I have been pretty consistent this year," said Norrie, who was born in South Africa and grew up in New Zealand. "I think I am really doing the fundamentals well on serve and return and playing the big points better.

"I have been a little more aggressive and feel I am learning more as I go along and becoming more experienced."

Norrie, who has represented Britain since 2013, had no aces but no double faults either. He cruised through the opening set in 32 minutes, losing just one point on his first serve. He won 72 percent of his first serve points overall and won 58 total points compared to just 30 for Schwartzman.

Earlier this year, Norrie captured his first ATP title in Los Cabos. He also delivered a run to the championship match of a grass court tournament in London.

Norrie said he watched Dimitrov come-from-behind to beat the tournament's top seed Medvedev on Wednesday and was impressed with his staying power.

"The level that Grigor played yesterday. For him to come back from a set and a break down against probably the second-best player in the world, it's impressive stuff," said Norrie.

Dimitrov withstood 14 aces from Hurkacz as their first career meeting turned into a marathon contest lasting two hours and 37 minutes.

The Bulgarian used a steady game and a more consistent serve to shake off a first-set loss and then closed it out in a third set tiebreaker.

Dimitrov won the final three points of the tiebreaker, clinching it when Hurkacz hit the final shot into the net.

"I am so glad I have a day off tomorrow," said Dimitrov. "I never played Hubert before. He has all the weapons.

"At the beginning his serve was too good. After the first set I tried to regroup and tried to turn things around. I still felt I had something left in me but I wasn't sure how much I had.

"I stayed in there and dug deep. The only way he could have done it is if he took it away from me. The last few points was the difference."

Hurkacz hit more aces and made fewer double faults (4-1) but had his serve broken three times.

The combined WTA and ATP Masters event is normally held in March, but returned this fall after a two-and-a-half-year hiatus due to the global coronavirus pandemic.

Comments
Topics mentioned in this article
Tennis Grigor Dimitrov Hubert Hurkacz Diego Schwartzman
Get the latest updates on Fifa Worldcup 2022 and check out  Fifa World Cup Schedule, Stats and Live Cricket Score. Like us on Facebook or follow us on Twitter for more sports updates. You can also download the NDTV Cricket app for Android or iOS.