Pair of Sania Mirza and Bethanie Sands has been knocked out in the first round of the ongoing Eastbourne International. 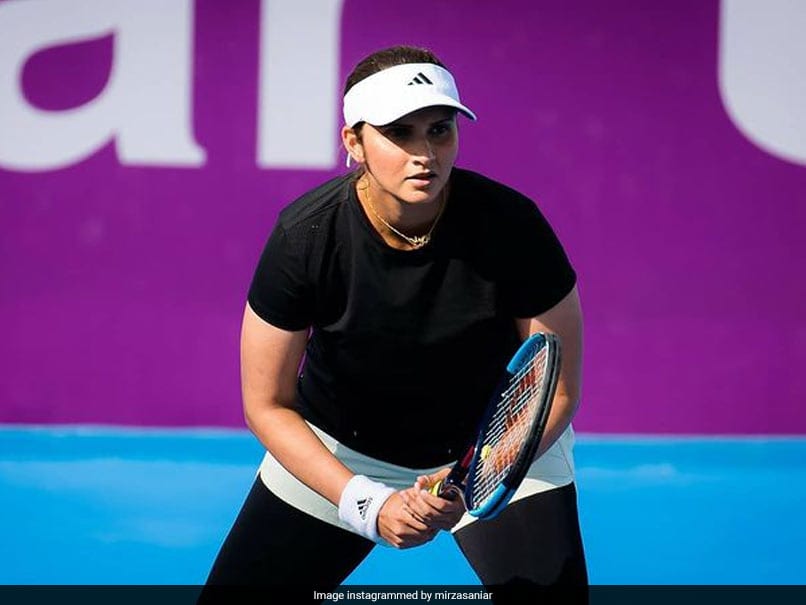 Sania Mirza will be next seen in Wimbledon starting June 28.© Instagram

Women's doubles pair of Sania Mirzaand Bethanie Sands has been knocked out of the ongoing Eastbourne International.

The pair was knocked out in the 1st round after suffering a defeat at the hands of Sabrina Santamaria and Christina McHale 3-6, 4-6.

Sania and her partner lost the match in straight sets and the duo failed to leave a mark in the match.

The first set was lost 3-6, while the second was lost 4-6 and in the end, Sania and her partner were sent crashing out.

Sania first participated in the Nottingham Open, beginning June 6 followed by the BirminghamOpen on June 14, the Eastbourne Open on June 20.

Now, the Indian tennis star will be seen in the Wimbledon Grand Slam, beginning June 28.

Comments
Topics mentioned in this article
Sania Mirza Bethanie Mattek-Sands Tennis
Get the latest updates on IPL Auction 2023 and check out  IPL 2023 and Live Cricket Score. Like us on Facebook or follow us on Twitter for more sports updates. You can also download the NDTV Cricket app for Android or iOS.