Tennis star Sania Mirza on Saturday posted a picture of herself alongside the Olympic rings -- with less than two months left for the biggest sports carnival in the world to begin. 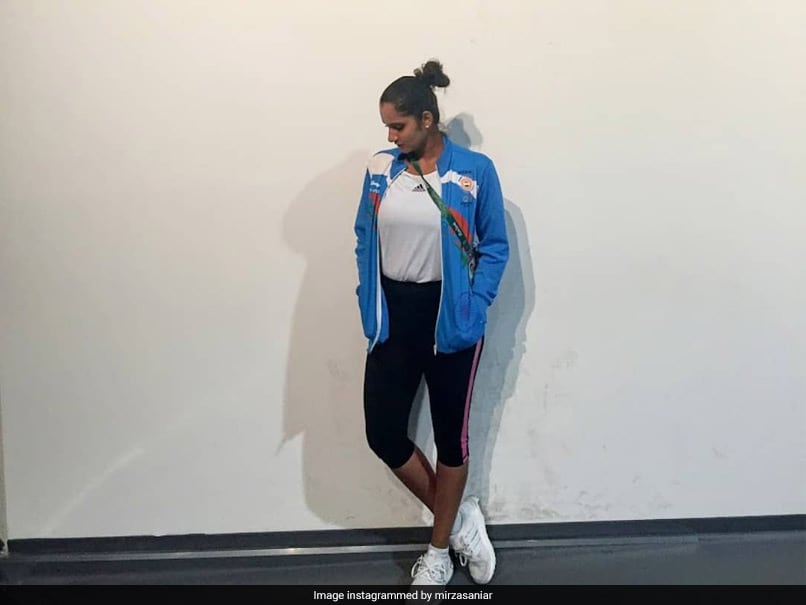 Sania Mirza candidly posed against a wall, with the Olympic rings over her head.© Instagram

Tennis star Sania Mirza on Saturday posted a picture of herself alongside the Olympic rings -- with less than two months left for the biggest sports carnival in the world to begin. She used several emojis as caption for the image which shows her candidly posing against a wall, with the Olympic rings over her head. The Tokyo Olympics, originally scheduled to be held last year, had to be postponed for a year for the first time since World War II due to the coronavirus pandemic. After a one-year delay, the showpiece event, which has received huge objection from the locals, is expected to start on July 23 and will end on August 8.

Ahead of the multi-nation event, Sania, who won a silver in women's singles event at the 2010 Commonwealth Games, has started preparing for the event and is expected to return to action by participating in a series of competitions in the United Kingdom.

Sania has already begun her preparations for the upcoming tournaments, and she even posted a video of herself, where she was seen working hard to make sure her hand and feet were as "sharp as an arrow".

"@cesarferrervictoria making sure my hands and feet are sharp as an arrow dodging bullets #wimbledon #olympics prep," she captioned the video on Instagram.

Japan has extended a coronavirus emergency in Tokyo and other parts of the country until June 20 -- just weeks before the opening ceremony. The emergency was supposed to expire at the end of May in most places, but the government now says it needs more time to control a fourth wave of infections.

Foreign spectators have already been barred from attending the Games due to coronavirus concerns, while the oragnisers said the decision whether to allow the local spectators for the Games or not will be taken once the emergency ends next month.