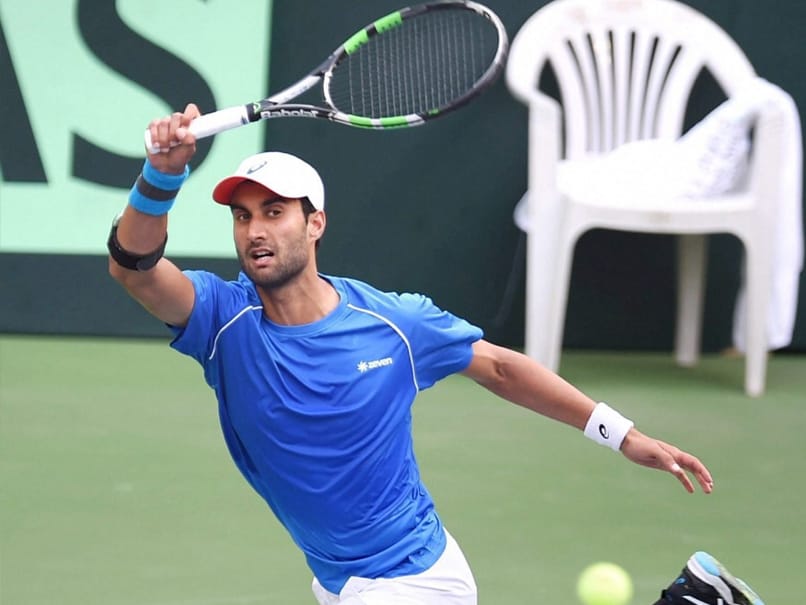 Yuki Bhambri and Ramkumar Ramanathan on Friday won their respective matches to notch up straight sets victory to power India to a 2-0 lead against New Zealand on the opening day of the Asia/Oceania Group I Davis Cup tie. Bhambri eased past Finn Tearney 6-4, 6-4, 6-3 in the opener while Ramanathan outplayed Jose Statham 6-3, 6-4, 6-3 in the second singles match.The 414-ranked Tearney proved little match to Bhambri, ranked 368, whose aggressive net play combined with excellent returns gave the hosts a great start at Pune's Balewadi Sports Complex.

Veteran Leander Paes, eyeing a world record 43 doubles wins in the Davis Cup history, will now play along side national hard court champion Vishnu Vardhan on Saturday to seal the tie for the hosts.

Both the Kiwi players -- Tearney (414) and Statham (417) -- are ranked outside top-400 but the pair of Michael Venus and Artem Sitak are much exprienced doubles players and are likely to pose a strong challenge to the Indians.

Ramkumar, who has been struggling for form of late, served extremely well on Friday and also held his nerves on long rallies and that made a huge difference to the outcome of the match.

Ramanathan, 22, produced quality tennis as he served with great speed and angle to outplay his opponent in what turned out to be a lopsided affair.

Ramanathan served 15 aces in comparison to Statham's three in the one hour 52 minute encounter.

Earlier, Yuki won the first set in 47 minutes after trailing 1-3 and then won four games in a row to lead 5-3, the decisive break coming in the seventh game.

Bhambri was down 0-2 in the second set but he once again made a quick recovery to overturn the lead and there was no looking back for the home favourite.

India have not lost to New Zealand in the Davis Cup since 1978 when the visitors beat them 4-1 in Delhi during the Eastern Zone semi-final.

Comments
Topics mentioned in this article
Yuki Bhambri Ramkumar Ramanathan Leander Paes Vishnu Vardhan Tennis
Get the latest updates on India vs South Africa and check out  Schedule, Results and Live Score. Like us on Facebook or follow us on Twitter for more sports updates. You can also download the NDTV Cricket app for Android or iOS.