Davis Cup: Present perfect but will the young brigade put country before self? 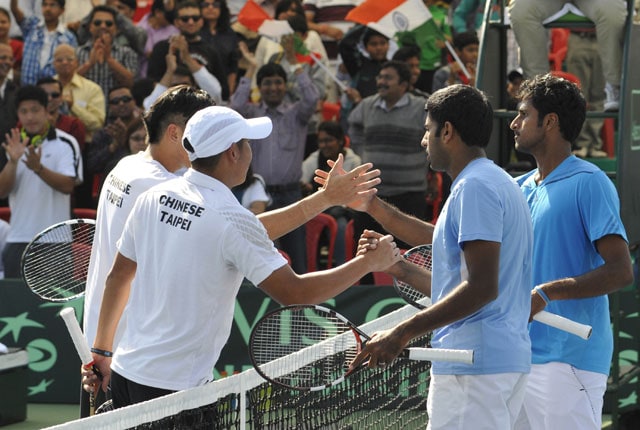 Although the Indian Davis Cup team has moved closer to playing in the World Group next year, a better understanding is needed among the players and the All Indian Tennis Association to avoid embarrassing disputes like the one which happened in 2013.

"Game, set and match for India. India beats Australia by three matches to two." This was then in 1987 when India reached the Davis Cup final, only for the third time in history, by beating defending champions Australia in a thriller. The above words were used by Ramesh Krishnan, son of India's most successful singles tennis player Ramanathan Krishnan, in an article that appeared in New India Digest after our team subsequently lost in the final to Sweden.

The junior Krishnan was hero of India's famous win over Australia, often remembered as the country's biggest Davis Cup victory in the history of the 114-year event. Krishnan had won the deciding singles match after teams were tied following the first two matches. Those were the golden days of Indian tennis.

On Sunday, India beat South Korea in Busan for the first time in a Davis Cup away tie to reach the World Group playoffs where they will take on a World No.2 Novak Djokovic-led Serbian team. Even though it is satisfying to know that the Indian Davis Cup team has put itself back into a position from where it can play in the elite World Group next year, the current mood of the team is still not an ideal one.

Just a year ago, the future of the Indian side was in doldrums. Players had formed a faction among themselves against the All India Tennis Association, demanding greater pay, a new coach, players' involvement in choice of venues for ties, business class airfares and several other things, leading only to an embarrassing display in the competition after we lost to South Korea 4-1. After all, the best players were not available to play in the Davis Cup, a matter of shame before the whole world.

The current crop of players including Somdev Devvarman, Yuki Bhambri, Rohan Bopanna and Saketh Myneni, are all very young and have tremendous potential. However, if they continue to put their personal pride ahead of the country's, they will have to be bluntly reminded that it is still a long way before India can even give competition to the likes of Serbia, Czech Republic, Italy and Spain, the world powers in tennis.

Honestly speaking, there is nothing that should stop you from representing your country in any sport, unless a player is injured or has a major family commitment to honour or is thinking of retirement. How good will it sound when the Indian Davis Cup team takes on Serbia and the likes of Djokovic at home from September 12-14 this year, the players will soon realize.

A new non-playing captain in the form of Anand Amritraj has done a world of good for the Indian side. They are playing with a lot more confidence and belief in their abilities against some very good players. Somdev is the best bet in singles but he has to adapt to playing attacking style of tennis in situations when the defensive strategy does not work. Yuki is the next best thing to happen to Indian tennis after Somdev. The 2009 junior Australian Open champion beat Somdev this year in the Chennai ATP Challenger tournament semifinals, a huge step in making people believe he could replace his senior at some stage.

Another big revelation was Chennai teenager Ramkumar Ramanathan, who made a formidable statement by knocking out Somdev in the first round of the Chennai Open this year. Others like Saketh Myneni, Purav Raja and Divij Sharan are carving their own niche in doubles. Sanam Singh, who won a doubles gold in the 2010 Asian Games with Somdev, is now also maturing at the singles game.

The future of Indian tennis lies in the hands of the youngsters, now that doubles veteran Mahesh Bhupathi has announced retirement after this season to concentrate on his business career (he is the co-founder of International Tennis Premier League) and Leander Paes is over 40 years old already.

A dispute sometimes leads to a better solution, however, like the big one that happened last year between the players and the AITA. Let's hope Indian tennis is now heading in the right direction!

Comments
Topics mentioned in this article
Rohan Bopanna Yuki Bhambri Saketh Myneni Tennis
Get the latest updates on IPL 2021, IPL Points Table , IPL Schedule 2021 , live score . Like us on Facebook or follow us on Twitter for more sports updates. You can also download the NDTV Cricket app for Android or iOS.