By Breaking her Own Scandal, Maria Sharapova Tried to Take Control of the Story

Maria Sharapova is provisionally suspended by the International Tennis Federation, and faces up to a four-year ban after she tested positive for Meldonium, which was added to the World Anti-Doping Agency's list of banned substances this year. 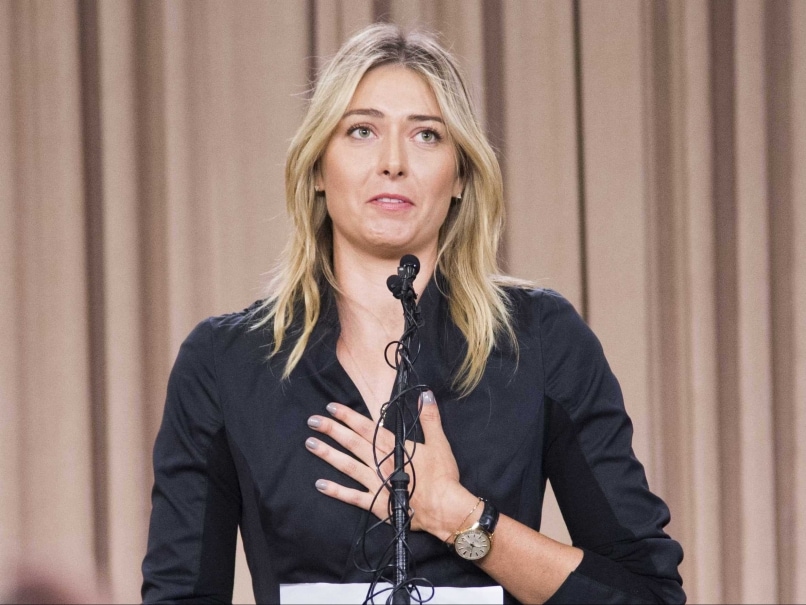 Maria Sharapova admitted that she had failed a drug test at the Australian Open.© AFP

Maria Sharapova stood behind a podium in a downtown Los Angeles hotel conference room Monday afternoon and made an announcement that shocked the sports world: she had failed a drug test at the Australian Open.

The 28-year-old Russian is now provisionally suspended by the International Tennis Federation, and faces up to a four-year ban after she tested positive for Meldonium, which was added to the World Anti-Doping Agency's list of banned substances this year.

But by calling her own news conference, and somewhat incredibly getting the news out before anyone had a chance to leak the scandal, Sharapova made another thing clear: She wanted to be in control of this story, and not the other way around.

"We are attempting to have a conversation with ITF up front," Sharapova's attorney John Haggerty told Sports Illustrated's Jon Wertheim, "because we think there are laundry list of extremely mitigating circumstances that once taken into consideration would result in a dramatically reducing any sanction that they might want to impose on Maria."

The reaction was swift, with several professional players coming to her defense on social media (former world No. 1 Jennifer Capriati was a notable dissenter), while three sponsors, including Nike, announced they were cutting ties, at least temporarily, with the No. 7-ranked player in world.

Over her career, Sharapova has amassed millions through various endorsement deals. Due to her skills on the tennis court (she is a five-time Grand Slam winner), commercial appeal and shrewd business abilities, Sharapova has been No. 1 on the list of Forbes highest-paid female athletes in the world for years, including 2015 when she made $23 million in endorsements alone.

The name Sharapova has become a brand in itself, helping sell things from luxury watches, cars and even a gourmet candy line.

"I think it says a lot about her when you're able to have such a long relationship with a brand," Sharapova's agent Max Eisenbud told Forbes last August. "There are very few people in the sports world who have these types of long relationships. She understands return on investment and looks as these relationships as partnerships. . . .She's just a really good businesswoman. When her career is over, and she has 365 days a year to dedicate to business, it's going to be pretty scary."

So it perhaps should not be a surprise that Sharapova, known for having a distant and calculated persona on the tennis tour, attempted to take matters in her own hands when she called Monday's news conference. By doing so, she joined a rare list of professional athletes who break the news of their own scandal, rather than the common refrain of athletes speaking publicly to defend themselves or admit to their transgressions once the story is beyond their control.

Because of this, the news conference was not nearly as filled as it would have been if the news had leaked (though it was rumored that Sharapova was announcing her retirement). Nor did Sharapova appear overly emotional, like Marion Jones when she tearfully admitted to steroid use with many microphones and reporters inches from her face. At one point, Sharapova even made a joke about the "ugly carpet" at the Los Angeles hotel.

"We've been involved in these types of matters before," Haggerty said. "Not one where a person like Maria has said, I took it and let's get right to it like this. But I think that goes to show how strong of integrity she has as a human being."

In 2007, Martina Hingis was in a similar situation when she announced unexpectedly that she was retiring for the second time after testing positive for cocaine at Wimbledon. She ended up being suspended for two years.

"I am frustrated and angry," the then-27-year-old Hingis said. "I believe that I am absolutely, 100 percent innocent."

Hingis returned to professional tennis in 2013 and has since won six Grand Slam doubles titles. The now-35-year-old Hingis and her doubles partner, Sania Mirza, are currently the top-ranked doubles team.

Sharapova says she started taking the substance - known to her as mildronate - since 2006 for magnesium deficiency and irregular EKG results, while also citing a family history of diabetes. She provided the positive sample to the ITF on Jan. 26, and was charged on March 2 with the violation. Sharapova added that she was unaware that the drug had been put on the ban list earlier this year.

"I know I face consequences and I didn't want to end my career this way," she said. "I hope I will be given the chance to play this game again."

It remains to be seen what punishment Sharapova will receive, but by jumping in front of the story, she attempted to help keep her brand as untarnished as possible, while avoiding the ignominy of publicly defending herself once a story of a high-profile athlete caught in a doping incident has spiraled out of control. For an athlete and brand like Sharapova, every bit of control matters.

(This story has not been edited by NDTV staff and is auto-generated from a syndicated feed.)
Comments
Topics mentioned in this article
Maria Sharapova Tennis
Get the latest updates on ICC T20 Worldcup 2022 and CWG 2022 check out the Schedule, Live Score and Medals Tally. Like us on Facebook or follow us on Twitter for more sports updates. You can also download the NDTV Cricket app for Android or iOS.