The incident happened during a match at the Kooyong Classic, where Bernard Tomic pulled a fast one on Nick Kyrgios. 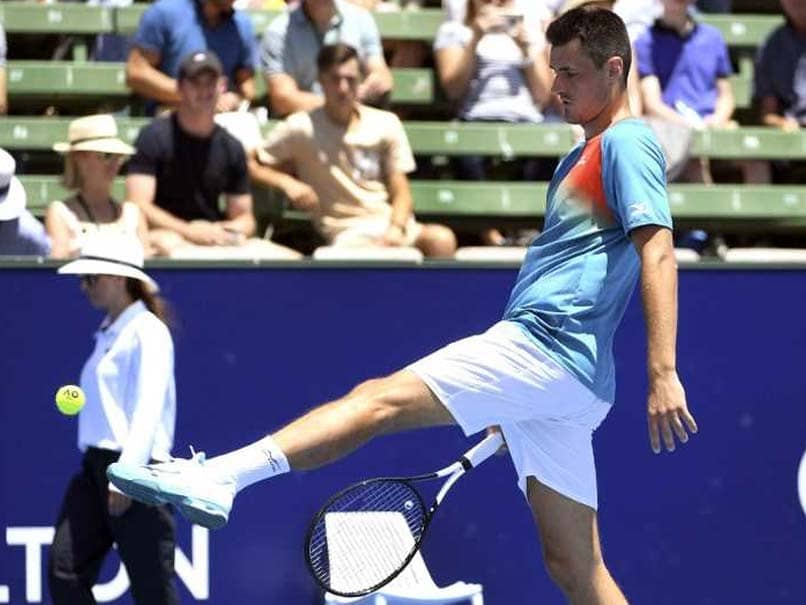 Bernard Tomic and Nick Kyrgios faced each other at the Kooyong Classic.© AFP

If Nick Kyrgios' powerful forehand can leave many tennis players around the world stunned, Bernard Tomic has his share of tricks as well. During an exhibition match at the Kooyong Classic, Bernard Tomic produced an unusual match-winning ace to leave Nick Kyrgios perplexed. Tomic was already eyeing victory with a comfortable lead in the second set, having already won the first one. When it was time to vie for a match point, Tomic pulled a fast one on Kyrgios with a match-winning ace. Watch the video, which is doing the rounds on social media.

I have never seen a serve like this. Bernard Tomic, behave! pic.twitter.com/UY7e8h5HRc

Tomic, who hails from Germany, has gone down in the world rankings considerably. His first title victory in three years came in September last year, when he had clinched the Chengdu Open. Nick Kyrgios, who is ranked 51 in the world, has been quite a rage in the tennis circuit, and he is the highest-ranked Australian in the Association of Tennis Professionals (ATP) tennis rankings.

The 23-year-old Kyrgios is no stranger to controversy and has been in the spotlight for the wrong reasons - verbal spats and conduct that is not in tune with the norms of sporting culture.