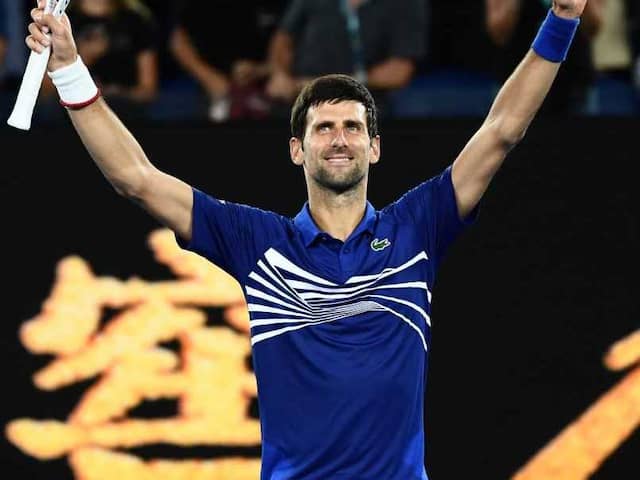 Serena Williams stepped up her drive for a record-equalling 24th Grand Slam Thursday by swatting aside Eugenie Bouchard, as world number one Novak Djokovic won an emotional 2008 Australian Open final rematch with Jo-Wilfried Tsonga. But women's top seed Simona Halep and young gun Alexander Zverev had to dig deep to make the third round on a day of epic battles and the latest start to a match ever at the tournament. American great Williams followed up her first-round 49-minute romp by spending just 70 minutes on Rod Laver Arena to dispose of the Canadian 6-2, 6-2.

Williams is bidding to match Margaret Court's record of 24 Grand Slam crowns, and win an eighth in Australia, on her first return to Melbourne Park since lifting the trophy in 2017 while pregnant.

"You could feel the tension on court at the beginning. We felt a lot of emotion and tried to play a great game," said Djokovic as the memories of that tense final came flooding back.

In contrast, world number one Simona Halep staggered through against American Sofia Kenin 6-3, 6-7 (5/7), 6-4 - her second three-set test in a row.

"I have no idea how I won this, it's so tough to explain what happened on court," said the French Open champion, who now meets Venus Williams after the 38-year-old rolled back the years to beat France's, Alize Cornet.

In another titanic battle, Canadian Milos Raonic ousted 2014 champion Stan Wawrinka in four tightly-contested sets that all went to tie-breaks, while eighth seed Kei Nishikori was stretched to a draining five sets against Ivo Karlovic.

Amid rain delays and drawn-out matches, Spain's Garbine Muguruza and Britain's Johanna Konta didn't get on court until half-past midnight - the latest start to a match in the event's history.

US Open champion and fourth seed Naomi Osaka had it relatively easy, sweeping past Slovenia's Tamara Zidansek 6-2, 6-4 with the roof closed on Margaret Court Arena due to the rain.

The 21-year-old's breakthrough at Flushing Meadow over Serena Williams last year made her a new standard bearer for tennis in her Japanese homeland and Asia, and she is working hard on living up to the hype.

"I thought I served alright, this was my first time playing her and I'm just happy to win, to be honest," Osaka said after setting up a clash with Taiwan's Hsieh Su-wei.

Sixteenth seed Raonic emerged the victor against Wawrinka, a three-time Grand Slam champion who is on the comeback trail from injury.

Despite being seeded six and seven respectively, neither Elina Svitolina or Karolina Pliskova has progressed further than the last eight at the Australian Open.

But self-assured Svitolina is bubbling with confidence after dismantling Viktoria Kuzmova 6-4, 6-1, while Pliskova woke up after losing the first set to race past Madison Brengle 4-6, 6-1, 6-0.