Footage of the incident quickly did the rounds on social media, with some contributors accusing her of racism. But on Monday, Petkovic insisted she didn't mean to be rude. 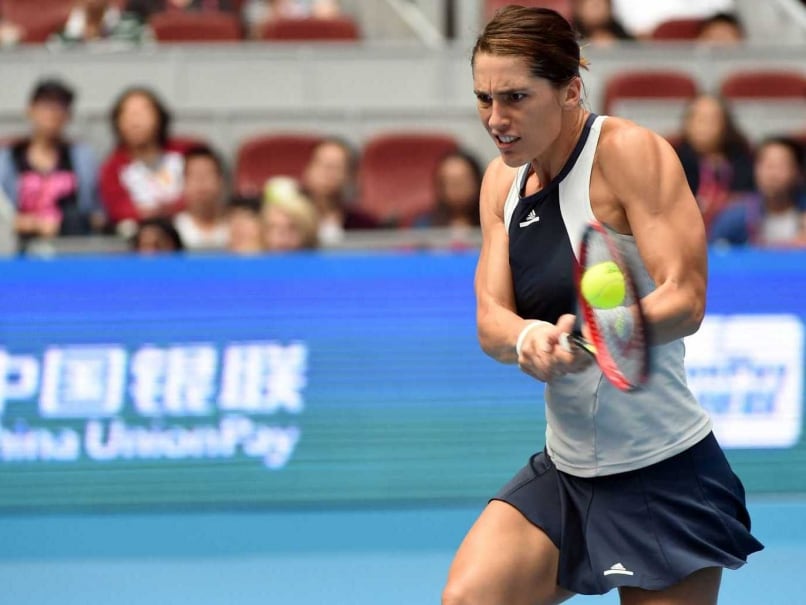 Andrea Petkovic in action during the China Open.© AFP
Beijing:

Germany's Andrea Petkovic apologised on Monday after she caused a furore by criticising the behaviour of Chinese fans at last week's Wuhan Open.

As an umpire tried to rein in spectators, an irritated Petkovic advised: "Say it in Chinese, not in English. The English (speaking) people know how to behave."

Footage of the incident quickly did the rounds on social media, with some contributors accusing her of racism. But on Monday, Petkovic insisted she didn't mean to be rude.

"I didn't mean it in general. I meant on tennis courts," she said.

"I think that's not a thing that is surprising because I wouldn't know how to behave in, let's say, a badminton match or a table tennis match because we don't have it in Germany that much.

"And I think tennis is a new kind of sport in China. In Beijing, the tournament has been here for a very long time and you can really see the difference between Wuhan and Beijing."

Chinese fans have sometimes taken time to learn the etiquette required at the top-level sports events arriving in their country, with complaints also heard at golf and snooker tournaments.

Petkovic said there was a marked difference between the Wuhan Open, now in only its second year, and the China Open in Beijing which started in the 1990s.

"The guards made some mistakes. They let in people during play, during rallies. That's not the type of behaviour we are used to, you know," Petkovic said, referring to Wuhan.

"It wasn't meant in a rude way, not at all. It was just meant in a way that, you know, they need to learn. I think they will because here in Beijing it's perfect after a few years of the tournament.

"So it wasn't meant in a rude way. If somebody took it in a wrong way, then I'm really sorry because I didn't mean to offend anybody."