After the loss, Rohit Sharma was seen getting emotional in the dugout. Head coach Rahul Dravid later came up to him to console. 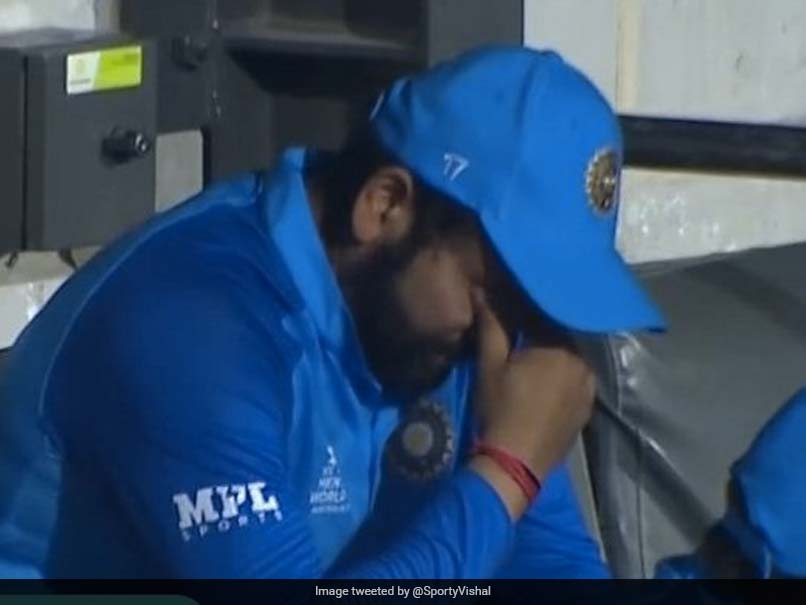 Rohit Sharma-led Team India stumbled to a ten-wicket loss in the second semi-final of the ongoing T20 World Cup against England on Thursday at the Adelaide Oval and hence their campaign at the tournament came to an end. India failed to defend 168 runs and it was the pairing of Jos Buttler and Alex Hales that led the charge for England. Both batters ensured that the Three Lions do not lose a single wicket and they helped the side chase down the target with four overs to spare.

After the loss, Rohit was seen getting emotional in the dugout. Head coach Rahul Dravid later came up to him to console.

The video of Rohit getting emotional in the dugout is now going viral.

This is my worst day of the decade. My hero is crying @ImRo45 . pic.twitter.com/rXOsbQxADx

Rohit Sharma is crying in the dugout after the game.#INDvENG #T20WorldCup pic.twitter.com/xyBoliGmjR

In the match between India and England, the latter won the toss and opted to bowl first.

India posted 168/6 in 20 overs, owing to knocks of 63 and 50 by Hardik Pandya and Virat Kohli respectively.

However, the bowlers had no answers for the England onslaught, and Buttler and Hales propelled England to a comfortable win. England will now take on Pakistan in the final of the T20 World Cup at the Melbourne Cricket Ground (MCG) on Sunday.

Jos Buttler ICC T20 World Cup 2022 Cricket
Get the latest updates on IPL Auction 2023 and check out  IPL 2023 and Live Cricket Score. Like us on Facebook or follow us on Twitter for more sports updates. You can also download the NDTV Cricket app for Android or iOS.