Ahead of the marquee event, Babar Azam, who celebrated his 28th birthday on October 15, met with India legend Sunil Gavaskar 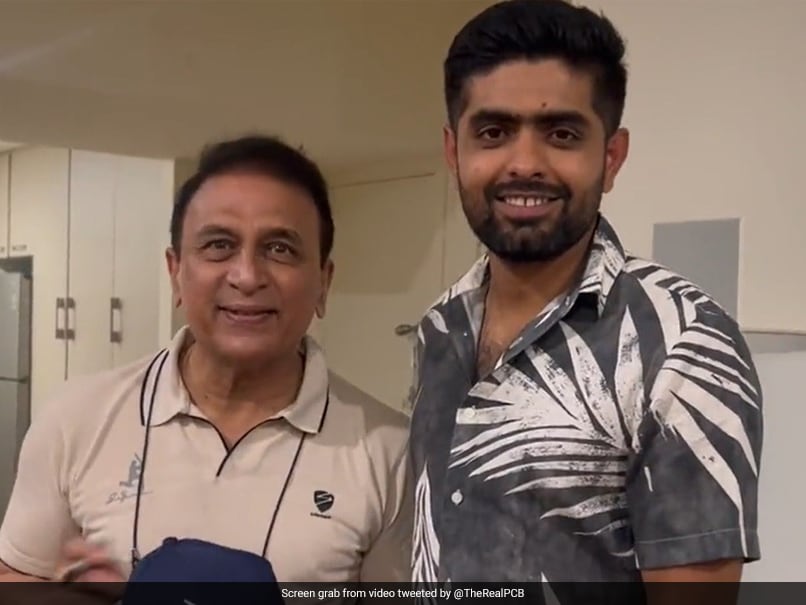 Despite the plethora of taltented batters at the 2022 T20 World Cup, Babar Azam is one batter whose performance will be closely watch. The Pakistan cricket team skipper has gone from strength to strength in the last one year. He is one of the highest-ranked batters in all formats, and the Pakistan cricket fans are pinning their hope on the star batter to lead them to a world title in Australia at the T20 World Cup. Ahead of the marquee event, Babar, who celebrated his 28th birthday on October 15, met with India legend Sunil Gavaskar. The two talked about cricket and Gavaskar had a special gift for Babar too.   Watch: Sunil Gavaskar meets with Babar Azam

The Babar Azam-led Pakistan cricket team will start their T20 World Cup campaign against the Rohit sharma-led India in Melbourne On October 23. Gavaskar said that with the batting depth of India, Rohit can take his chances against rivals. "If you have a long batting line-up, that's the way you should be playing. Yes, we want to see him bat longer, we want to see him bat for 10-12 overs because then you are pretty certain. Because in those 10-12 overs, India is 120-odd with the way he bats. But because he is getting India to flying starts and because he has got 5,6,7 who can take the game away. Today look at the way Hardik Pandya came in towards the end. With that kind of batting order, you can take chances," Sunil Gavaskar said on Star Sports. "Clearly, getting the captain of a team is always a big plus for the opposition. It's like getting the head of the snake is what they say. That's why if you are an opening batsman, bowlers will target you - the captain. Get you to demoralise the side. But this side has so many class players."

Pakistan Cricket Team ICC T20 World Cup 2022 Cricket
Get the latest updates on IPL Auction 2023 and check out  IPL 2023 and Live Cricket Score. Like us on Facebook or follow us on Twitter for more sports updates. You can also download the NDTV Cricket app for Android or iOS.