Topley has been a standout bowler in summer for the English white-ball team, taking 17 wickets in 10 matches against England and South Africa 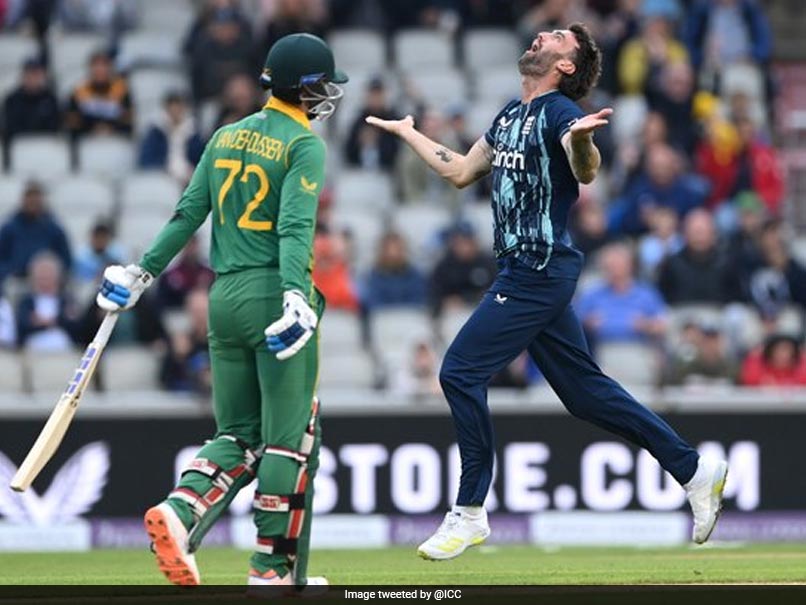 England left-arm medium pacer Reece Topley has pulled out of the final two weeks of 'The Hundred' tournament so as to ensure full fitness for the upcoming T20 World Cup in Australia, which will take place from October onwards this year. Topley has been a standout bowler in summer for the English white-ball team, taking 17 wickets in 10 matches against England and South Africa. He said in a statement that over the last few weeks, he had been "feeling the effects of a busy summer more and more"

"Taking a short break feels like a sensible precaution to avoid injury and the risk of a longer lay-off. Nonetheless, I am disappointed not to be contributing as the team enters a crucial period in the competition," ESPNCricinfo quoted Topley as saying in a statement issued by his team Oval Invincibles.

The Invincibles head coach Tom Moody said that he was disappointed to lose a player of Topley's calibre at this phase of the tournament but the team "respects his decision". The side is expected to sign a replacement in the coming days.

The left-arm pacer has taken five wickets for his side in four appearances at the tournament this year and this departure has dented Invincibles' chances of qualifying for playoffs.

Invincibles will also lose two more of its overseas players after the match against Birmingham Phoenix on Tuesday, Sunil Narine will return to play Caribbean Premier League (CPL) to the Caribbean while on the other hand, Mohammad Hasnain has been called up to Pakistan's Asia Cup 2022 squad as a replacement for Shaheen Afridi.

England Cricket Team Reece Topley ICC T20 World Cup 2022 Cricket
Get the latest updates on IPL Auction 2023 and check out  IPL 2023 and Live Cricket Score. Like us on Facebook or follow us on Twitter for more sports updates. You can also download the NDTV Cricket app for Android or iOS.