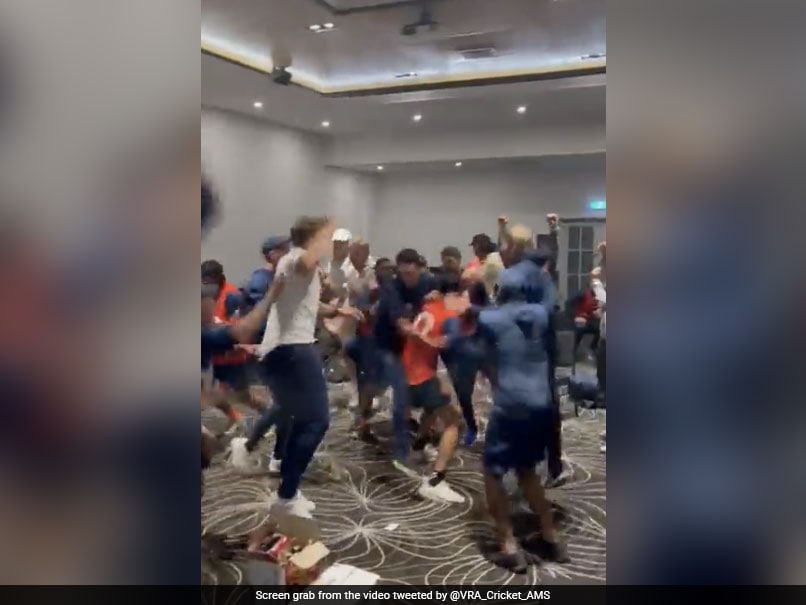 United Arab Emirates on Thursday defeated Namibia in the final match of Group A in the first round of T20 World Cup. The win eliminated Namibia from the tournament and saw Netherlands entering the Super-12 stage as the second team from the group. Netherlands lost their third and final game the first round to Sri Lanka and thus their fate totally relied on the result of the game between UAE and Namibia that took place later on the day. No wonder, the Dutch team's players were eagerly waiting for the result of the game, and when it came in their favour, there was nothing holding their joy.

The players jumped in a huddle, cheering for their entry to the main event of T20 World Cup.

Celebration by the Dutch cricket team, having just qualified for the follow-up by the narrow defeat of Namibia by UAE. Yet another nail biting experience. #ICCT20WC2022 #ICCT20WC @T20Worldcup #Australia #CricketNL @KNCBcricket pic.twitter.com/pVNjMVYgUG

A win to Namibia in the game would have meant an end to Netherlands' campaign in the mega event as the former team would have entered the Super-12 stage on the basis of a better net run rate after equalling on points with the Dutch.

However, what happened was a result in Netherlands' favour and that gives the side a golden opportunity to compete with the teams like Pakistan, South Africa, India and Bangladesh in the main event of T20 World Cup.

Notably, Sri Lanka had already advanced to the Super-12 stage of the T20 show piece with a win over Nethelands in their final game of first round.

The Lankans will compete with teams like England, New Zealand, Afghanistan and Australia in Group 1 of T20 World Cup main event.

Namibia ICC T20 World Cup 2022 Namibia vs United Arab Emirates, Match 10 Cricket
Get the latest updates on IPL Auction 2023 and check out  IPL 2023 and Live Cricket Score. Like us on Facebook or follow us on Twitter for more sports updates. You can also download the NDTV Cricket app for Android or iOS.