The loss did not down well with Pakistan YouTuber Momin Saqib, more famous as the 'Maaro Mujhe Maaro' Guy. He put up a video on Instagram, in collaboration with Indian YouTuber Gaurav Taneja, 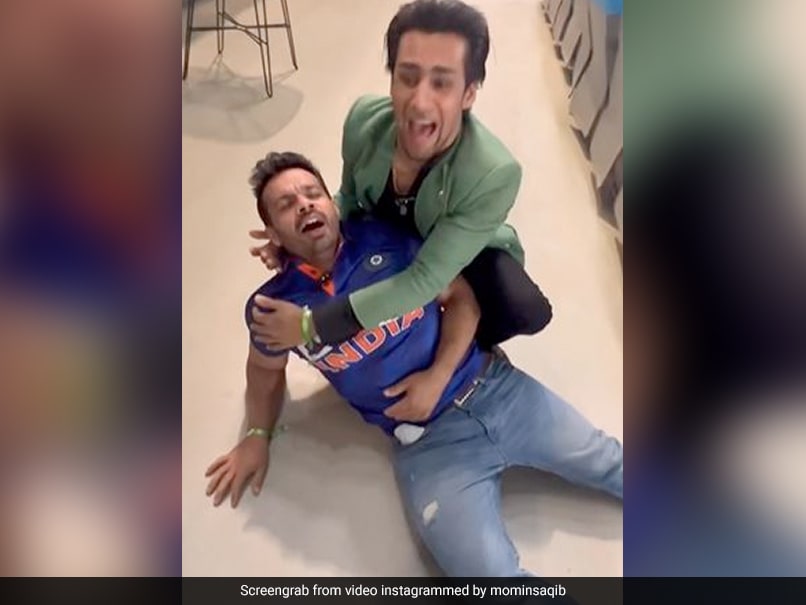 Not only Indian cricket fans, but Pakistan fans were eagerly looking forward to the India-South Africa game on Sunday. After two losses in three matches, Pakistan would have been boosted had South Africa lost to India. However, with a five-wicket win against India, South Africa (5 points, 3 games) are now on top of Group 2. India (4 points from 2 games) with upcoming matches against Bangladesh (Nov 2 in Adelaide) and Zimbabwe (Nov 6 in Melbourne) are well within striking distance of a semi-final berth. The team that may pay the price for India's defeat is Pakistan, who now have an uphill task at hand. They have two points from three games and need a series of favourble results to go theer way in order to advance.

The loss did not down well with Pakistan YouTuber Momin Saqib, more famous as the 'Maaro Mujhe Maaro' Guy. He put up a video on Instagram, in collaboration with Indian YouTuber Gaurav Taneja, along with the caption: "India lost! Time to go back home." In the video, the two YouTubers can be seen lamenting India's loss.

In the match, Suryakumar Yadav played one the best knocks of his short international career but South Africa exposed India's inadequacies against extreme pace and bounce to win a low-scoring thriller by five wickets. While Surya's 68 off 40 balls will easily qualify as one of the most accomplished knocks in adverse conditions, India's defence of a below-par total of 133 for 9 was always going to be a challenge.

Arshdeep Singh, the lion-hearted left-armer, did bowl another dream first spell but Aiden Markram (52 off 41 balls) and David Miller (59 not out off 46 balls), one of the best T20 finishers in the game, ensured the target was achieved in 19.4 overs.