Triple Olympic champion Sun Yang was accused of smashing a blood vial with a hammer during an out-of-competition doping test last year. 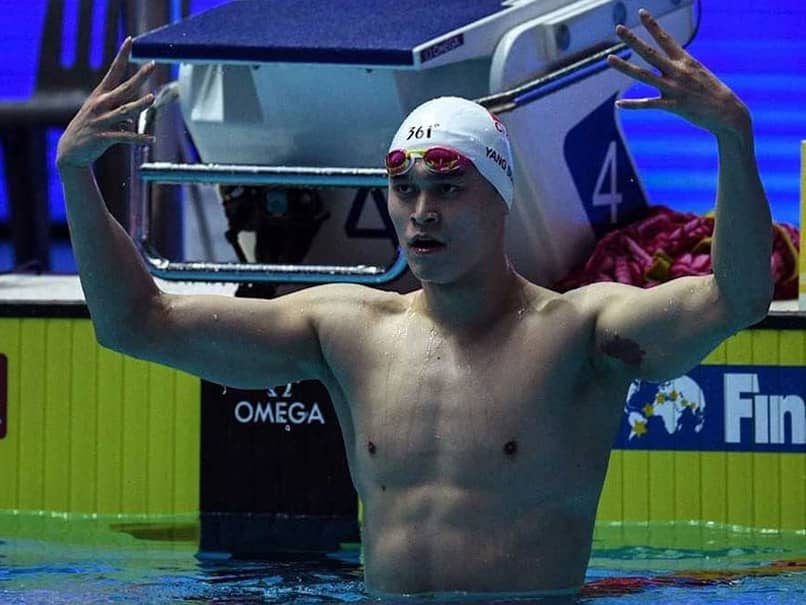 The Court of Arbitration for Sport said on Tuesday it was postponing its hearing on the decision by FINA, the governing body of swimming, to clear Chinese star Sun Yang of doping. Triple Olympic champion Sun Yang was accused of smashing a blood vial with a hammer during an out-of-competition doping test last year, but was in January cleared by FINA. FINA agreed with Sun that testers had failed to produce adequate identification or follow correct protocol.

The World Anti-Doping Agency (WADA) responded by taking the case to CAS.

After escaping a ban, Sun was able to compete in the in the World Championships in Gwangju in July, where he won two golds but became a focus of protests from rivals.

In a statement released on Tuesday, CAS said the hearing had been provisionally scheduled for September "but due to unexpected personal circumstances, one of the parties was obliged to request a postponement of the hearing."

The statement said the hearing was unlikely to be "before the end of October," when it would probably be held in Switzerland.

CAS said that, "at the request of the parties involved", the hearing would, unusually, be open to the public.

"This will be the second time in the history of CAS that a hearing is held in public," CAS said.

The first hearing in public, in 1999, also involved FINA, which had found Irish swimmer Michelle Smith De Bruin guilty of doping. Smith requested an open hearing. CAS ruled for FINA, who had found that Smith had tried to dilute her urine sample with alcohol.

Comments
Topics mentioned in this article
Swimming
Get the latest updates on India vs England Series, India vs England , live score and IPL 2021 Auction . Like us on Facebook or follow us on Twitter for more sports updates. You can also download the NDTV Cricket app for Android or iOS.