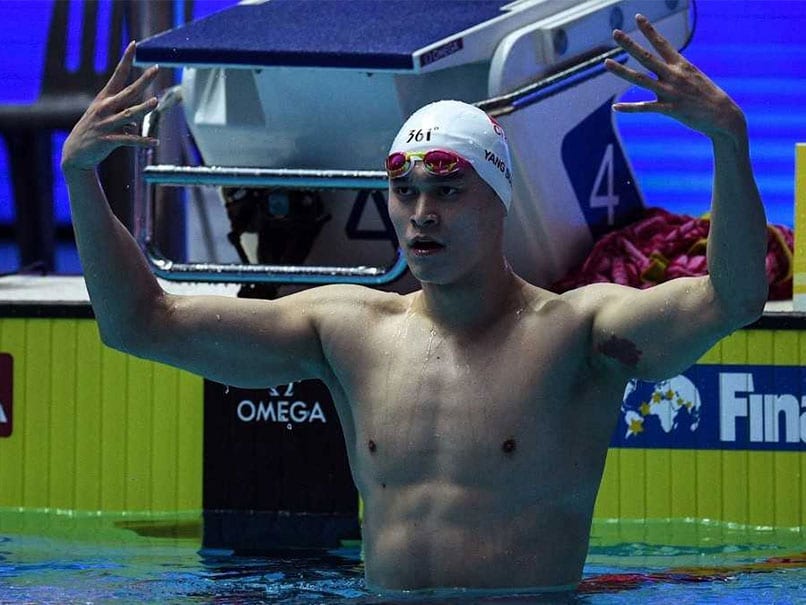 China's Sun Yang stormed to 400 metres freestyle gold at the world swimming championships Sunday, retaining his title and winning it for a record fourth time. The controversial triple Olympic champion clocked three minutes, 42.44 seconds in Gwangju with fierce Australian rival Mack Horton taking silver in a repeat of the 2017 result. Sun Yang, facing fresh allegations of violating doping protocols coming into the eight-day meet, slapped the water and roared in delight, savouring his moment as he sat on the lane rope. As he climbed out of the pool after claiming the first gold medal of the eight-day swimming competition, Sun pumped his fist at the crowd and bellowed in delight.

Greeted by deafening cheers from flag-waving Chinese fans screaming his name, Sun Yang sauntered onto the pool deck in headphones and goggles.

After a conservative first 200m, he pulled away inexorably over the second half to claim his 10th world title.

Sun and Horton have also clashed outside the pool with the Aussie labelling him a "drug cheat" before pipping him to gold at the 2016 Rio Olympics over a three-month suspension Sun previously served for taking a banned stimulant he claimed was for a heart problem.

The giant Chinese faces claims outlined in a leaked FINA doping panel report that he smashed blood samples with a hammer when testers visited him last year.

Comments
Topics mentioned in this article
Swimming
Get the latest updates on Olympics 2020, Olympics 2020 Medal Tally, Live Cricket Score . Like us on Facebook or follow us on Twitter for more sports updates. You can also download the NDTV Cricket app for Android or iOS.