"The Language Exchange": Krishnappa Gowtham And Ruturaj Gaikwad Engage In Banter In Kannada And Marathi

Sri Lanka vs India: India's two maiden call-ups for the Sri Lanka series taught each other their languages. 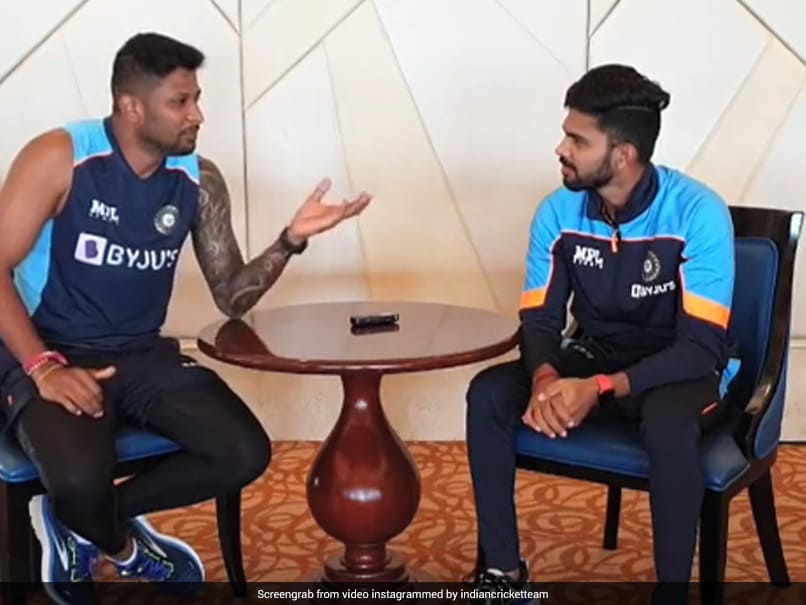 India all-rounder Krishnappa Gowtham was involved in entertaining banter with his Chennai Super Kings (CSK) teammate Ruturaj Gaikwad on Thursday during a "Language Exchange" session organised by the Board of Control for Cricket in India (BCCI). A fun clip from their language session was shared by the BCCI on its official Twitter handle. "Presenting The Language Exchange with #TeamIndia's Krishnappa Gowtham and Ruturaj Gaikwad. Banter, Laughter, Cricket sledges," BCCI captioned the video on the microblogging site. In the clip, we can see Gowtham telling Gaikwad about some Kannada terms. Gaikwad, in turn, returns the favour by teaching Gowtham a few Marathi words.

In the footage, Gowtham also explained to Gaikwad how to say the phrase "Kannada" properly.

The post was a big hit among the followers of BCCI as they started commenting on the video in their respective native languages. Some fans were also happy to see BCCI's efforts in promoting different languages.

"When Kannadiga meets Maharashtrian," a user wrote along with a grinning face with smiling eyes emoji.

"At the end, Dhanyavaad", commented another user along with a smiling face with open mouth and cold sweat emoji.

At the end Dhanyavaad

"A good day in the field as #TeamIndia play their 2nd intra-squad game in Colombo," BCCI captioned the post.

: A good day in the field as #TeamIndia play their nd intra-squad game in Colombo #SLvIND pic.twitter.com/Fiyk8poKXw

Gowtham and Gaikwad were among the six uncapped players that were included in India's 20-member squad for their limited-overs series against Sri Lanka. The tour will kick off on July 13 in Colombo.

India opener Shikhar Dhawan will lead the side for the first time during the upcoming series. Seamer Bhuvneshwar Kumar has been appointed as the vice-captain, and, for the first time, former India skipper Rahul Dravid will be seen coaching the senior team.

India Cricket Team Krishnappa Gowtham Ruturaj Gaikwad Sri Lanka vs India, 2021 Cricket
Get the latest updates on ICC Women's Cricket World Cup 2022 and IPL 2022, check out the Schedule , Live Score and IPL Points Table. Like us on Facebook or follow us on Twitter for more sports updates. You can also download the NDTV Cricket app for Android or iOS.