Amid reports of Prithvi Shaw and Devdutt Padikkal being called up to India's Test squad, a BCCI official said the batsmen are to stay on with the white-ball squad in Sri Lanka. 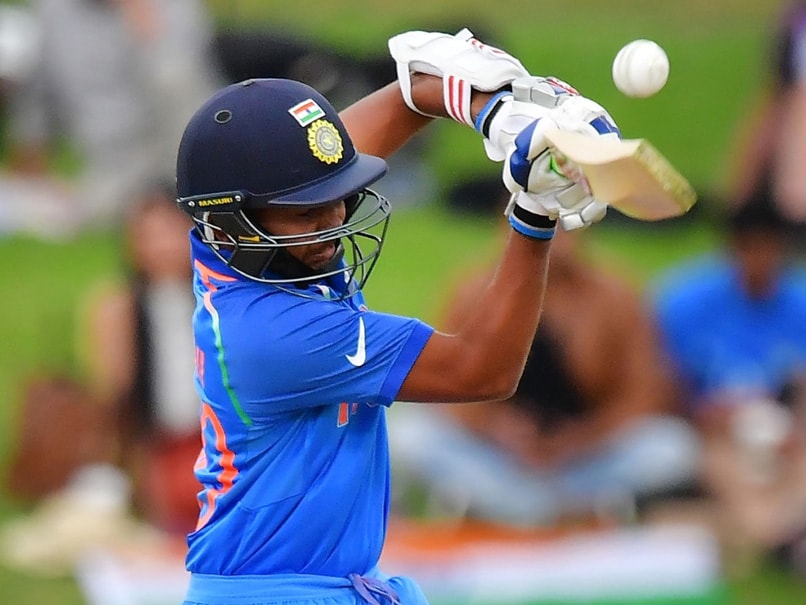 Prithvi Shaw is set to play for India in the ODI and T20I series against Sri Lanka.© AFP

The BCCI as of now is not sending either Prithvi Shaw or Devdutt Padikkal to England as a replacement for injured Shubman Gill, who is out of the tour with shin splints. The Indian team management on June 28 through its administrative manager Girish Dongre had requisitioned for two openers as replacement. However, chairman of selectors Chetan Sharma till a couple of days back didn't send any formal reply to that mail but the selection committee wasn't in a mood to send any replacements with four openers already in the UK.

"Prithvi will be staying in Sri Lanka and complete the six match series till July 26. He has been selected and he should complete the commitments," a senior BCCI source told PTI on conditions of anonymity.

"Once the Sri Lanka series is over, possibilities could be explored but nothing as of now," the source said.

The reason that the team management wanted to two openers was because Abhimanyu Easwaran's technique didn't inspire the highest confidence.

More so as reports emerged that he wasn't comfortable facing the team's throwdown specialist Raghavendra, aka Raghu.

However some questions are being asked in BCCI corridors.

"Why would KL Rahul be treated purely as middle-order batsman when he has opened for India in the past? There should be equal opportunities and equal risk for everyone opening in the UK," a senior official privy to developments said.

"If Prithvi hasn't played any long form game since Adelaide what's the guarantee that he would work some magic if someone like Rahul with 2000 Test runs is thought to be circumspect against Jimmy Anderson and Stuart Broad with new Dukes," a former India player opined.

He also questioned why Easwaran should be judged based on training sessions or throwdowns only.

"The captain sits at selection meetings and why didn't he raise a protest when Chetan and co were sending Easwaran to England? Who stopped him from voicing his protest," he questioned.

"Now if you have picked Easwaran, he has the first right to get into the main squad. But he comes into the picture only after Rohit (Sharma), Rahul and Mayank (Agarwal) fail and why would we harbour such negative thoughts," he said.

Comments
Topics mentioned in this article
Sri Lanka vs India, 2021

Sri Lanka Cricket Team Devdutt Padikkal Prithvi Shaw Cricket
Get the latest updates on ICC T20 Worldcup 2022, check out the Schedule and Live Score. Like us on Facebook or follow us on Twitter for more sports updates. You can also download the NDTV Cricket app for Android or iOS.