The Worst Series Of My Career, Says Dinesh Chandimal

Dinesh Chandimal said he takes complete responsibility for the side's abject surrender. But he was hopeful that the team would lift itself in the near future. 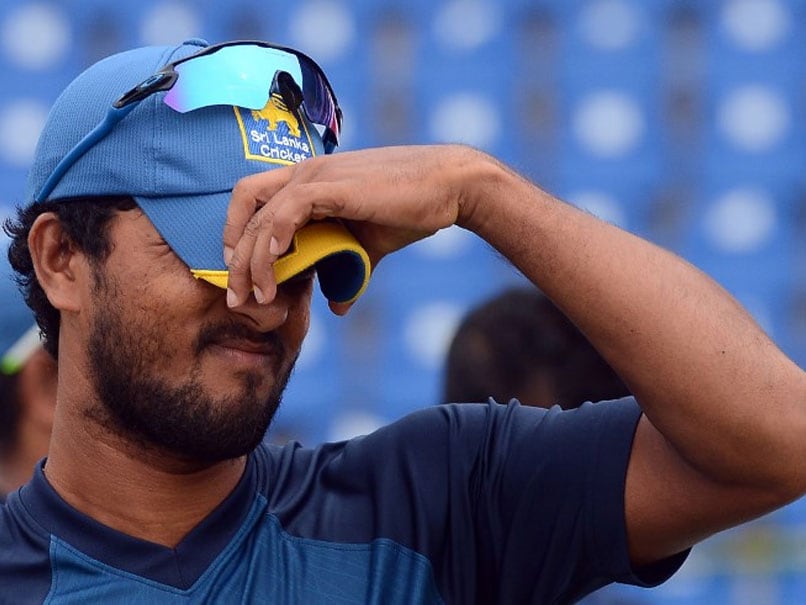 At a loss to explain Sri Lanka's dismal performance against India, skipper Dinesh Chandimal on Monday said the 0-3 thrashingwas the "worst" Test series of his career and his team has no excuses to offer. The hosts were bowled out for 181 in their second innings, after following on post their 135-run first innings' collapse as India won the series 3-0 to complete a comprehensive whitewash. "This was the toughest series in my career, no doubt," said Chandimal after the third and final Test which Sri Lanka lost by an innings and 171 runs inside three days.

"The reason being that we were not able to take the games to five days. There have been four day Tests and three day Tests. This is the worst series ever. It's pretty tough for the team and me. Credit goes to India," he added.

Chandimal said he takes complete responsibility for the side's abject surrender. But he was hopeful that the team would lift itself in the near future.

"They have played outstandingly well in the series. I am disappointed that if we could have dragged the game to the fifth day we could have learned something, but losing within two and half days you cannot give any excuses," he said.

"As captain, I would like to take the responsibility. The fans have always supported us. They encourage us always. Today we saw despite losing, people applauding us. That is what the team needs now.

"We cannot let the players be mentally down. We are doing the process right. We might not get results soon, but we are confident that the future looks good," he added with hope.

The hosts have suffered repetitive batting failures throughout the series, particularly in their last three out of four innings.

"During training, we are doing a lot of hard work. We had some gameplan and we spoke so many things during the game. As a player when you have to go to the middle you have to put them to practice. That was what the batsmen were unable to do. As players we had to stand up and do our performances well," said Chandimal.

"As an opener you should at least bat for 15 to 20 overs. As I said, we gave some game plan to each and every player. They have to execute them when in the middle. We failed to do that in the series and that cost us dearly I would say," he added, highlighting how the batting failed repeatedly.

Sri Lanka have also been plagued by injuries in this series, which has hampered their ability to put a full-strength side onto the park.

Chandimal, however, put the blame on seniors, including himself, saying that they didn't shoulder much responsibility. "I would say the main concern is injuries. The Australia series we had everyone fit. No injuries whatsoever. Everyone chipped in. This series, there are so many injuries starting from Nuwan Pradeep, Suranga Lakmal, Rangana Herath and then Asela Gunaratne.

"They played some really good cricket in the last six months. That's the main issue. I don't want to give excuses. We have to perform better than this," he said.

"Consistency has been a huge issue this series. Same players cannot perform well in every series. As seniors, you have to do well. Then the youngsters will follow. I have lot of faith," he added.

Chandimal hoped that things will fall into place for the team during the October tour of Pakistan.

"The seniors, I hope, will come back strongly when we take on Pakistan. It is very disappointing. We could not get into runs. We take the blame. But we tried hard. We worked hard at training. We tried hard. Bad luck was that all senior failed. I hope that everyone will fire in the next series hopefully," he said.

The Lankan skipper thought left-arm leg-spinner Lakshan Sandakan was a bright spark for them, while also praising Hardik Pandya and Mohammed Shami.

"All teams have the luxury of wrist spinners nowadays. He could go for runs, but the chances of him getting a wicket is more," Chandimal said.

"Hardik batted brilliantly when he came out to the middle. The first spell by Shami and Umesh was brilliant. At one point we thought as if we were playing in England. They bowled so well, making the most of the conditions," he added.