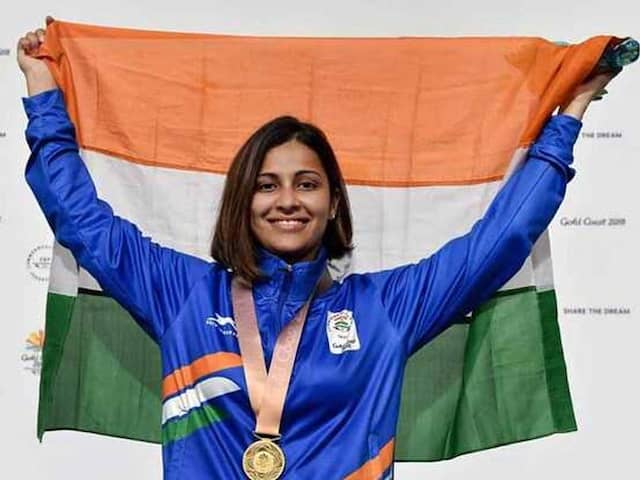 In 2013, Heena Sidhu became the first Indian pistol shooter to bag the gold medal in the ISSF.© AFP

Shooters Heena Sidhu and Ankur Mittal have been recommended by the National Rifle Association of India (NRAI) for the Rajiv Gandhi Khel Ratna Award. Heena Sidhu has three medals at the Asian Games, with a silver medal in 2010, and a bronze medal in 2014 and 2018. She has also won four medals at the Commonwealth Games, with gold and silver medals in 2010 and 2018. Ankur Mittal was a bronze medallist in the 2018 Commonwealth Games.

In 2013, Heena Sidhu became the first Indian pistol shooter to bag the gold medal in the International Shooting Sport Federation (ISSF), when she came first in the 10m Air Pistol Event. In 2014, she became the first Indian woman to be number 1 in the ISSF rankings in the 10m Air Pistol Women category. In the same year, she was awarded the Arjuna Award. In the 2017 Commonwealth Shooting Championship in Brisbane, Heena Sidhu bagged the gold medal.

Shooters such as Abhinav Bindra, Anjali Bhagwat, Rajyavardhan Singh Rathore, Manavjit Singh Sandhu, Vijay Kumar, Gagan Narang, Ronjan Sodhi and Jitu Rai have been conferred with the Rajiv Gandhi Khel Ratna Award, with Jitu Rai being the previous shooter who was conferred this honour in 2016.