The legendary leg-spinner also revealed that Kohli had reservations about his 'style' of functioning. Bindra, who won gold for India at the 2008 Beijing Olympics, offered a rather interesting take on the latest development in Indian cricket. 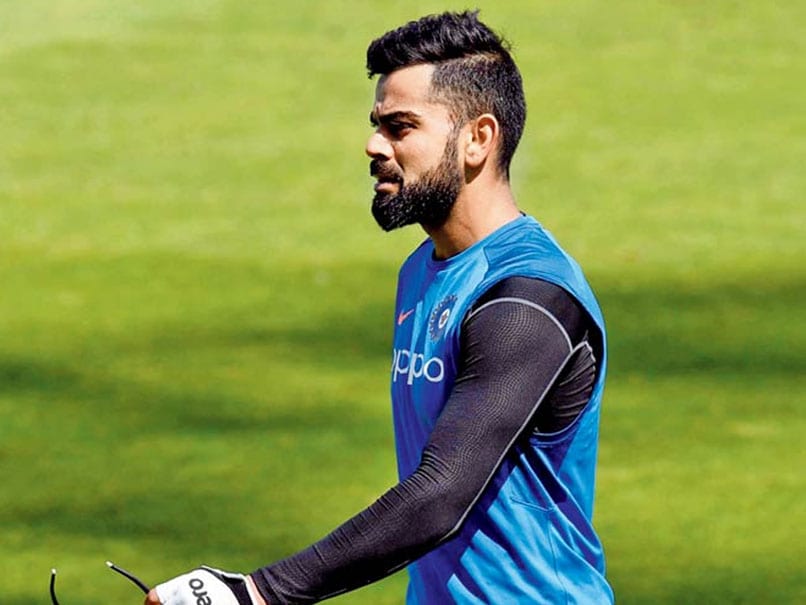 Virat Kohli had reservations about my 'style, said Anil Kumble in his resignation letter.© AFP

India's only individual Olympic gold medalist Abhinav Bindra on Tuesday tweeted a message for cricket captain Virat Kohli after Anil Kumble stepped down as the team's head coach. In his resignation letter, Kumble said his partnership with the captain was "untenable". The legendary leg-spinner also revealed that Kohli had reservations about his 'style' of functioning. Bindra, who won gold for India at the 2008 Beijing Olympics, offered a rather interesting take on the latest development in Indian cricket. While Bindra didn't take names, there was little doubt as to what he meant and who his message was directed at. "My biggest teachers was coach Uwe.I hated him!But stuck with him for 20 years.He always told me things I did not want to hear.#justsaying," Bindra tweeted.

My biggest teachers was coach Uwe.I hated him!But stuck with him for 20 years.He always told me things I did not want to hear.#justsaying

Sometimes that's the important part of training ?? I remember my sir doing the same...he still does it!!!

Kumble's decision to quit came after a rift between him and Kohli, with the the Board of Control for Cricket in India (BCCI) advertising the coach's job before the Champions Trophy.

The BCCI had urged Kumble to carry on as coach until the end of a West Indies tour starting June 23, but the former India captain did not travel with the team that left from England on Tuesday.

"I was informed for the first time yesterday by the BCCI that the captain had reservations with my style and about my continuing as the head coach," Kumble wrote in the letter, which he tweeted.

"I was surprised since I had always respected the role boundaries between the captain and coach," he added.

The BCCI had denied any rift in the Indian camp, but Kumble's letter confirmed media reports that board officials had tried to resolve the spat.

"Though the BCCI attempted to resolve the misunderstandings between the captain and me, it was apparent that the partnership was untenable and therefore I believe it is best for me to move on," the former captain wrote.

However, India board officials praised 46-year-old Kumble, who was put in charge of coaching last June, for his tenure.

"We wish to place on record our sincere appreciation for the immense contribution by Anil Kumble to the team which enabled India to attain the No.1 Test position," acting BCCI secretary Amitabh Choudhary said.

"Indian cricket needs his continued contribution in various capacities and wishes him all the best in his future endeavour."

The BCCI has retained the rest of its coaching staff for the West Indies series, with MV Sridhar supervising the team's management.

India will play five one-day internationals in the Caribbean, with a Twenty20 international wrapping up the trip on July 9.

Comments
Topics mentioned in this article
India Cricket Team Cricket Shooting Abhinav Bindra Virat Kohli
Get the latest updates on IPL Auction 2023 and check out  IPL 2023 and Live Cricket Score. Like us on Facebook or follow us on Twitter for more sports updates. You can also download the NDTV Cricket app for Android or iOS.