Tokyo Paralympics: Sumit Antil won the gold medal in the men's javelin throw (F64) event, shattering the world record not once but thrice. 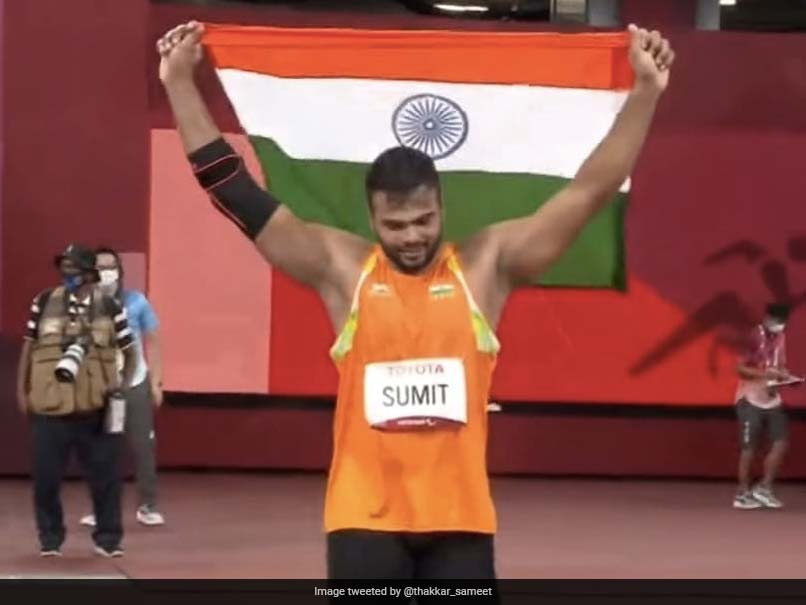 Sumit Antil not only won the gold medal but also shattered the world record, not once but thrice in the men's javelin (F64) event at the Tokyo Paralympics on Monday. Sumit Antil's record-breaking performance gave India it's second gold at the ongoing Paralympics in Tokyo after 19-year-old Avani Lekhara had won the women's 10m Air Rifle Standing (SH1) event earlier in the day. Javelin thrower Neeraj Chopra, India's first Olympic gold medallist in athletics, summed up Sumit's stunning display in one word: "khatarnak".

In the F64 final, Summit hit the ground running, breaking the world record with his very first throw of 66.95m.

He bettered that mark in the next attempt, with a throw of 68.08m. Just to give context, the next best throw at the time from someone other than Sumit was Michal Burian's attempt of 62.86.

In his next two throws, Sumit threw 65.27 and 66.91m, which meant three of his four throws were gold-medal winning throws. After four throws, only Sri Lanka's Dulan Kodithuwakku had come even near any of Sumit's throws with an attempt of 65.61 that put him in silver medal position.

But the Indian wasn't done yet. He produced a gargantuan throw of 68.55 in his fifth attempt to break his own record for the third time. Sumit's final throw was a foul attempt but that didn't matter as he already had the gold in the bag.

Silver medal went to Australia's Michal Burian who notched an impressive distance of 66.29 in his final attempt to push Sri Lanka's Kodithuwakku down to third.

Comments
Topics mentioned in this article
Other Sports Neeraj Chopra Olympics 2020 India
Get the latest updates on ICC T20 Worldcup 2022, check out the Schedule and Live Score. Like us on Facebook or follow us on Twitter for more sports updates. You can also download the NDTV Cricket app for Android or iOS.