Tokyo Paralympics: Javelin thrower Devendra Jhajharia added a silver medal to his two Paralympic golds with a podium finish at Tokyo on Monday. 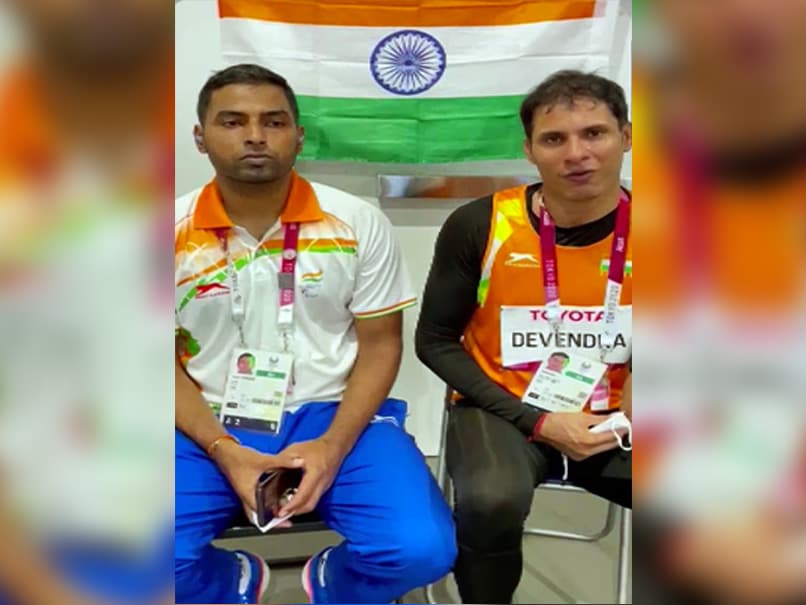 India's most successful Paralympian Devendra Jhajharia added a silver medal to his two golds with a podium finish at the Tokyo Paralympics on Monday. Devendra Jhajharia clinched the silver medal by bettering his own world record (63.97m). He registered a throw of 64.35m in men's javelin (F46) final but he couldn't get the better of Sri Lanka's Dinesh Priyan Herath Mudiyanselage, who set a new world record with a throw of 67.79m to win gold. After another podium finish at the Paralympics, Devendra, in a chat with NDTV, said that age is just a number, "it is your belief that pushes you to do well". The Paralympic silver medallist also revealed what his daughter said to him after the javelin final.

"Many people were asking me that you are 40 now, will you participate at Paralympics? I told them I will return with a medal and I am happy that I have won a medal for the country. Age is just a number it is your belief that pushes you to do well."

"I spoke to my daughter and she was very happy after I won the silver, she said Papa aapne kamaal kar diya (you did a great job)," Devendra Jhajharia told NDTV.

When asked about his plans for Paris Paralympics, which are slated to be held in 2024, the star para-athlete said he wants to spend some time with his family before he starts planning for the future.

"It's been a long time since I met my daughter, I will see her and spend time with my family. After that, we will plan for future and hopefully you will see me in Paris as well," he signed off.

Comments
Topics mentioned in this article
Athletics Olympics 2020 Olympics
Get the latest updates on ICC T20 Worldcup 2022, check out the Schedule and Live Score. Like us on Facebook or follow us on Twitter for more sports updates. You can also download the NDTV Cricket app for Android or iOS.