Kiren Rijiju, India's sports minister, is hoping for a best-ever medal haul from the country's athletes in the Tokyo Olympics. 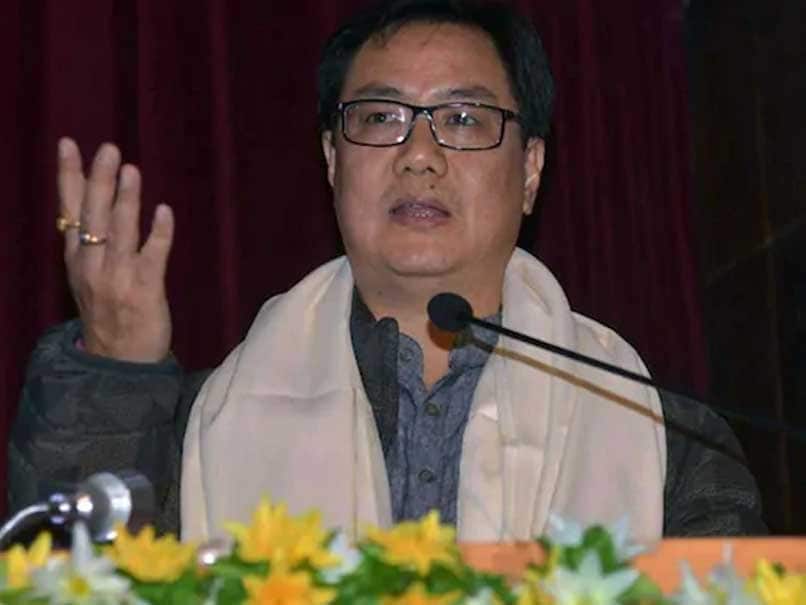 Kiren Rijiju said India can't afford to lag behind in the international level of competition.© AFP

Sports Minister Kiren Rijiju is hoping for a best-ever medal haul from the country's athletes in the Tokyo Olympics, but warned that the blame would lie with all the stakeholders if India fails to put up a good show in the 2028 Games. Rijiju said eight years should be enough for India to prepare its best for the Los Angeles Olympics. "If we can't prepare ourselves for something that far (2028 Los Angeles Olympics) then we have to blame ourselves in terms of policymaking, setting a direction and channelising the resources," Rijiju said at FICCI's "Turf 2019" Global Sports Summit.

"With the time which is in our hand we must ensure that India is no more a country which is not taken seriously in the Olympics. I will definitely not be satisfied as a sports minister of the country if we don't win medals," he said.

The minister said next year's Tokyo Olympics is the immediate target but infrastructure needs to be put in place for future events for athletes to perform well.

"Tokyo is an immediate target with the existing talent. We cannot create champions overnight. It's not possible to create world champions in a year or two. We have to ensure that the entire infrastructure is in place," Rijiju said.

"Having said that, we have certain existing talents at our disposal and we have to make the best of it. I hope Tokyo 2020 will be a good platform for India to have a best-ever Olympic performance but we have limitations. However, there is nothing stopping us from 2024 Paris and specially the 2028 Los Angeles Olympics which is more than 8 years away" he added.

Rijiju also emphasised on the need to do well at international sporting events.

"As a young nation, we can't afford to lag behind in the international level of competition -- be it the Olympics, Asian Games or any of the world championships.

"We are a young nation that's why we have to set an ambitious target. In the meeting with IOA (national Olympic body) and NSFs (sports federations), I had given them a very ambitious target. It's not easy but not impossible either," he said.

"We are rising. In the last six months, our ranking and performance has increased. Most of the results I've calculated are the best-ever," he said.