Dipika Pallikal Reveals What Made Dinesh Karthik Proud Of Her

Dipika Pallikal and Dinesh Karthik got married on August 18, 2015. 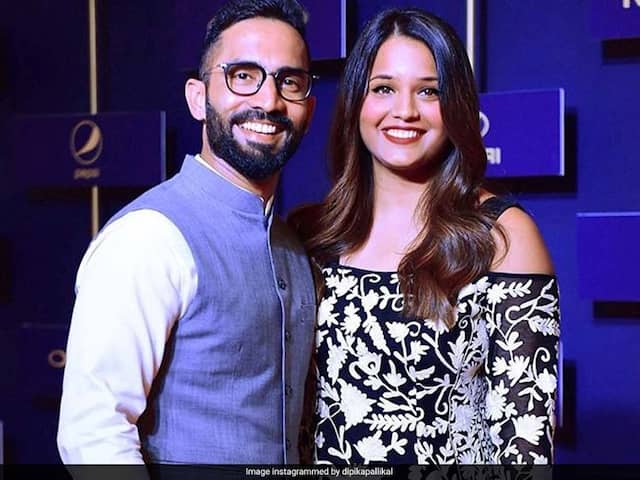 Dipika Pallikal and Dinesh Karthik had got married on August 18, 2015.© Instagram

Premier Indian squash player Dipika Pallikal recently revealed how she made India wicket-keeper and husband Dinesh Karthik proud. Dipika Pallikal and Dinesh Karthik had got married on August 18, 2015. Dipika in an interview in a recent episode of the YouTube show Miss Field, said that the life of a squash player was not as easy as a cricketer's and it came as an 'eye-opener' for Karthik when he accompanied her for a tournament.

"It's hard to know that there's this sport (cricket), where there is so much money being pumped into it, but it's actually how every sport should be.

"He (Dinesh Karthik) came to Malaysia for one of the tournaments and he's like, will there be a bus to pick us up? I was like, no," Dipika said.

Dipika later said that the incident left her husband amused but he was proud of her for the struggle she faces.

The 27-year-old Dipika had clinched a silver medal each in the women's doubles and mixed doubles categories of the 2018 Commonwealth Games.

Dipika had also bagged a gold medal in the women's doubles category of the 2014 Commonwealth Games.

Karthik, on the other hand, has represented the national team in 26 Tests, 86 One-day Internationals (ODIs) and 21 Twenty20 Internationals (T20Is). He averages a bit over 30 with the highest score of 79 runs in the 50-over format.