Chinappa and Pallikal had won a silver medal in the women's doubles competition. 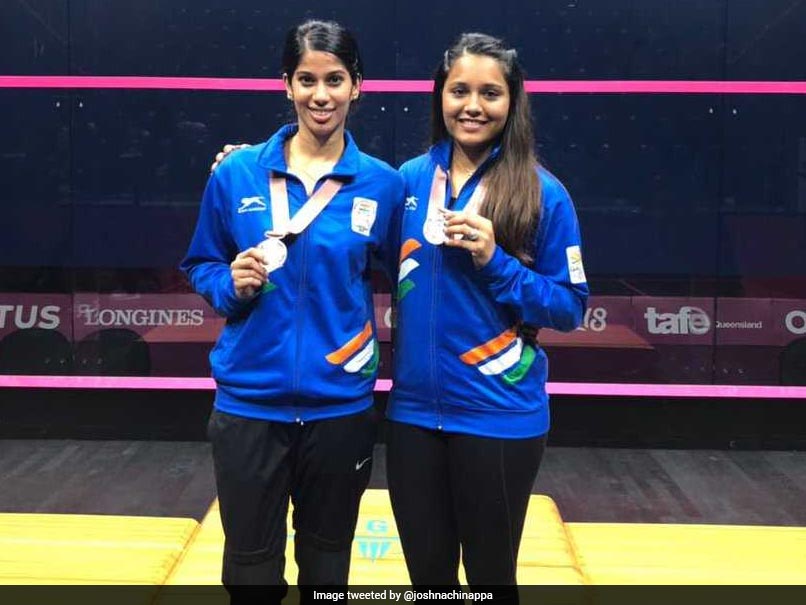 India's leading squash players Joshna Chinappa and Dipika Pallikal were accorded a warm welcome in Chennai on Monday night after winning silver medals at the Commonwealth Games in Gold Coast. Chinappa and Pallikal had won a silver medal in the women's doubles competition. Pallikal also won a historic silver in the mixed doubles with Saurav Ghosal. As defending champions, the thought of the past glory did come to the mind, said Chinappa, who had won a gold medal in the Glasgow Games in 2014 alongside Pallikal. "Four years since, much has happened in squash. We were there on the podium then and the goal was not to miss that moment again. To that extent it was satisfactory finish," she said.

"We are encouraged to work harder for next big challenge, the Asian Games in August," she added.

Pallikal said the big satisfaction was that they had not come back empty handed.

The duo felt refereeing could have been a lot better at the Games.

"After the final, even the New Zealand players agreed with us in this matter," Chinappa said.

Despite arriving at a late hour, the returning squash players were pleasantly surprised at the enthusiastic welcome.

"We are more than surprised at this reception," said Chinappa.

The coach said it was an excellent result as the teams had come through tough encounters at the quarterfinal stage.

Comments
Topics mentioned in this article
Other Sports Squash CWG 2018
Get the latest updates on IPL Auction 2023 and check out  IPL 2023 and Live Cricket Score. Like us on Facebook or follow us on Twitter for more sports updates. You can also download the NDTV Cricket app for Android or iOS.