Coronavirus: Gamers From Across Globe Unite To Raise USD 10 Million To Fight COVID-19

The funds will be used to help fight the global spread of COVID-19 by raising awareness, supporting children and young people, and providing life-saving medical supplies. 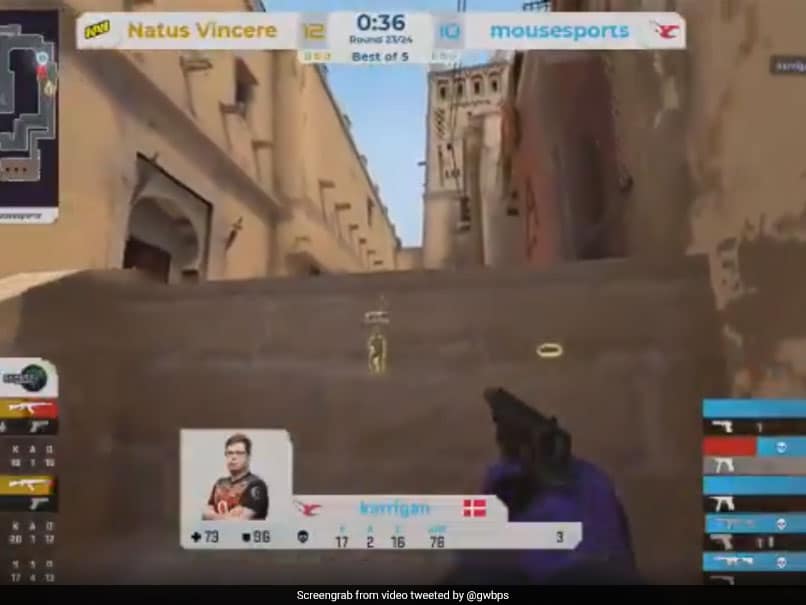 The money raised by the event will go directly to a range of non-profit organisations, including UNICEF.© Twitter

Gamers Without Borders, the biggest eSports charity eventin the history of gaming, has reached the end of its fifth online professional eSports tournament, Counterstrike: Global Offensive, last night with participating teams donating their $1.5 million winnings to charities leading the fight against COVID-19. The charitable eSports event, which started April 22, hosts one international elite tournament weekly across different gaming as some of the best eSports teams on the planet compete against as the winning teams donate their prize money to charity.

Total donations exceeded $8 million to date and are expected to rise to over $10 million by the end of Gamers Without Borders on June 7.

Organised by the Saudi Arabian Federation for Electronic and Intellectual Sports (SAFEIS), the initiative also includes community tournaments open to anyone around the world, educational programs on programing, game design, and other aspects of the gaming industry.

All these elements made for a borderless and inclusive spectacle for all gamers during the COVID-19 lockdown.

Saudi Arabia's Prince Faisal bin Bandar bin Sultan Al Saud, president of SAFEIS, said the initiative has given the gaming industry the opportunity "to showcase the power of eSports to do good as a community. It's not just about professionals competing against each other, but a chance for them to come together. And the gaming community - from the professionals to the community who like to game and watch, to the social media stars and the retired professionals - all came together to get behind this and it's been really amazing to see."

"This was truly an international initiative and every single person that took part had some ownership of it," said Al Saud.

"And that's proven to be the most interesting outcome from Gamers Without Borders - how international it became. Not only are we going to raise $10 million, if not more, but we've had professional teams from 42 different countries, we've had streaming viewers from over 115 countries, and community gamers from over 70 countries. For The Academy we had participants from over 80 different nationalities. It just goes to show that this was truly a worldwide initiative and everyone that took part has a stake in ownership of this and I personally want to say thank you to each and every one of them."

The money raised by the event will go directly to a range of non-profit organisations, including UNICEF, the International Medical Corps (IMC), the International Telecommunication Union (ITU), GAVI, the Vaccine Alliance, the King Salman Humanitarian Aid and Relief Center (KSRelief), Direct Relief, and the Norwegian Refugee Council.

The funds will be used to help fight the global spread of COVID-19 by raising awareness, supporting children and young people, and providing life-saving medical supplies.

The tournaments operates on two levels - an amateur community battleground for gaming fans, and an International Elite competition for professionals that saw the very best players from around the world go head-to-head.

In the community tournaments, which saw 120,000 players from 72 countries play over 20,000 matches, gamers competed in titles such as Apex Legends, Call of Duty, Rainbow Six: Siege, Tekken 7 and Street Fighter V.

In the professional tournaments, which saw over 60 teams participate from 40 countries, they battled it out in games such as Rainbow Six: Siege, Fortnite, CS:GO and PUBG. The competing elite teams included the likes of Faze Clan, Fnatic, G2 Esports, Mousesports, Team Liquid and Natus Vincere in addtion to many more.

"Gamers Without Borders did a great job of putting together an amazing competition across multiple games," said Steve 'Joka' Perino, general manager of Team Liquid.

"We participated in the Dota 2 event and it was just super nice to be able to play for such an amazing cause. Anytime there's a chance to support charity we try and get involved. Since the start of this whole pandemic we've already raised around $100,000 for different charities around the world and being a part of this only further supports that cause. We'd jump at anything like this and we were super happy to be a part of it."

Also amongst the participating professionals were 100 Thieves' Sean 'Gratisfaction' Kaiwai and Aaron 'Azr' Ward, both of whom formed part of the organisation's CS:GO team.

"It was a great opportunity for us to get in there and help people who are not as comfortable as us right now," said Ward, CS:GO's in-game leader.

"Gamers don't really get the chance to do this that often so this is the first chance that I myself - and probably Sean also - got to play for charity, so it's definitely for a great cause."

"Today, in this atmosphere when everything was stopping, everything was closing down, we've truly seen what eSports is and how it can bring people together, even outside of the traditional gaming community," said Al Saud.

"We've seen traditional sports stars take part in eSports activities, we've seen families come together, and I think one of the things that eSports has done is not just bring back the level of competition, but I think it's also important to give people a little bit of fun - a little sense of fun, and people shouldn't forget that. And it's also shown that we shouldn't merely adapt, we should innovate. No matter what the situation is, we need to innovate day-by-day and not just adapt to whatever situation we're in."

In total, the community tournaments comprised more than 150 daily and weekly tournaments that were open to all.

The streams that showcased the professional tournaments broadcasted in 7 different languages and culminated over 20 million views so far.