Hima Das said she is honoured to have become UNICEF India's Youth Ambassador. 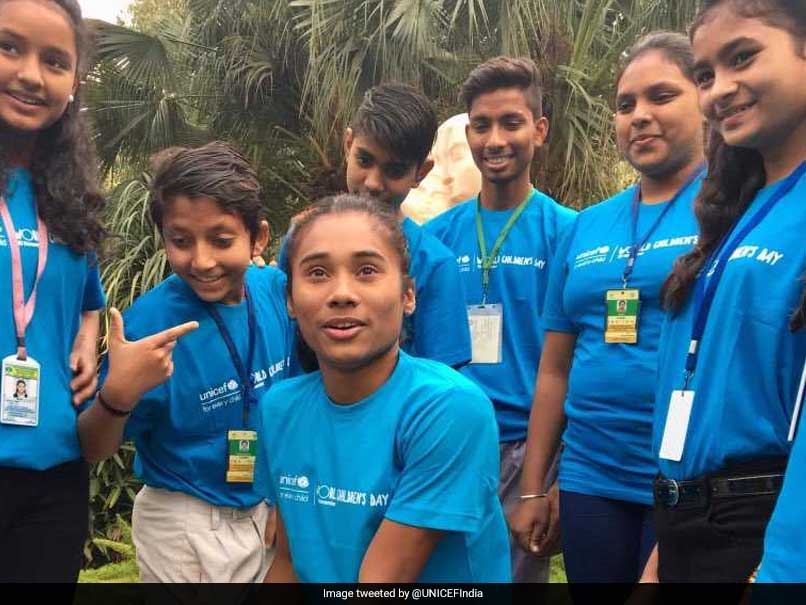 Asian Games gold medallist Hima Das on Wednesday was appointed India's first youth ambassador of the United Nations Children's Fund (UNICEF) India. Hima Das felt honoured to be India's Youth Ambassador after her appointment. "I'm honoured to be chosen as @UNICEF India's Youth Ambassador, and I hope I will be able to inspire more children to follow their dreams," she said. The 18-year-old sprinter had won a gold medal in women's 4x400m relay event at the 2018 Asian Games. UNICEF India took to Twitter to announce her appointment.

Along with a gold medal in the 18th Asian Games, Hima claimed the silver medal in the women's 400 metres race, clocking a time of 50.79 seconds.

Earlier this year in September, Das was honoured with the Arjuna Award. And soon after receiving the prestigious award, she was named the ambassador of the state for Assam. Assam Chief Minister Sarbananda Sonowal had made the announcement.

Hima had scripted history by winning the gold medal in the women's 400m event at the IAAF World U20 Championships in Tampere, Finland in July 2018.

She registered a timing of 51.46 seconds in the final at the Ratina Stadium to become the first Indian track athlete to win gold in a world championship across all age groups.

Courtesy the gold, the young sprinter became a part of an exclusive club of Indian track and field athletes who have won a medal in the World U20 Championships - one that includes Neeraj Chopra (gold in javelin throw in 2016), Seema Punia (bronze in discus in 2002) and Navjeet Kaur Dhillon (bronze in discus, 2014).

Comments
Topics mentioned in this article
Other Sports Athletics
Get the latest updates on ICC Women's Cricket World Cup 2022 and IPL 2022, check out the Schedule , Live Score and IPL Points Table. Like us on Facebook or follow us on Twitter for more sports updates. You can also download the NDTV Cricket app for Android or iOS.