Skipper Virat Kohli and Smriti Mandhana were honoured with the Rajiv Gandhi Khel Ratna and the Arjuna award respectively. 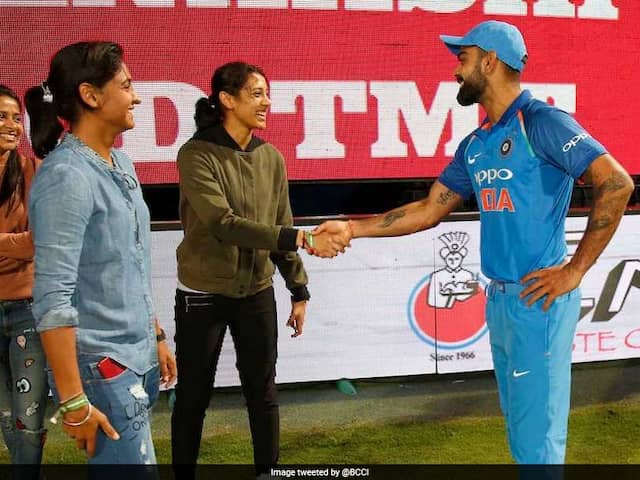 The Board of Control for Cricket in India (BCCI) on Tuesday congratulated skipper Virat Kohli and Smriti Mandhana on being honoured with the Rajiv Gandhi Khel Ratna and the Arjuna award respectively. Virat Kohli was conferred the highest sporting honour in the country by President Ram Nath Kovind at the National Sports Awards ceremony at Rashtrapati Bhavan. Smriti, the vice-captain of the women's T20I team, who was honoured with the Arjuna award, was absent from the ceremony as she is currently on national duty in Sri Lanka. While Virat has successfully led India in different formats topping the batting charts, Smriti has been scoring heavily at the top of the order with much flair. Congratulating the duo, BCCI acting President CK Khanna said, "National Sports Awards are given to recognise and reward excellence in sports. Both Virat and Smriti have been excellent and it is a proud moment for the BCCI to see them get these awards."

"Virat is the No. 1 batsman in Tests as well as ODIs and an exceptional leader. Smriti's batting skills have been appreciated by one and all and she has a knack of getting big scores outside India," he added.

Congratulations to #TeamIndia Captain @imVkohli on being conferred upon with the prestigious Rajiv Gandhi Khel Ratna Award by the President of India, Shri Ram Nath Kovind.

Virat Kohli Smriti Mandhana BCCI Cricket
Get the latest Cricket news, check out the India cricket schedule, Cricket live score . Like us on Facebook or follow us on Twitter for more sports updates. You can also download the NDTV Cricket app for Android or iOS.