A defeat may not be end of the road for India as it will then depend on the outcome of final game between Bangladesh and Sri Lanka. 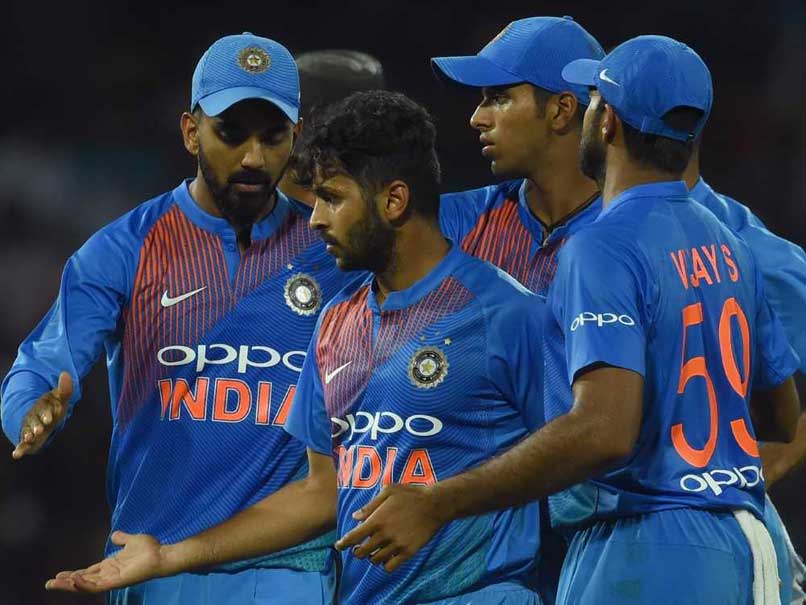 India face Bangladesh in the fifth T20I of the Nidahas Trophy.© AFP

With an aim to seal their place in the final, India would like to throw the mathematical possibilities out of the window when they face Bangladesh in the fifth T20I of the Nidahas Trophy on Wednesday. Rohit Sharma-led India suffered an unexpected defeat against Sri Lanka in the tournament opener and it is highly unlikely that India will experiment against a resurgent Bangladesh in their final league stage match. A defeat may not be end of the road for India as it will then depend on the outcome of final game between Bangladesh and Sri Lanka. Net run-rate will also be a factor. With back-to-back victories in the last two games, India have a healthy net run-rate of +0.21.

For India, the tournament at the beginning was about giving youngsters a chance in the absence of seasoned players.

A few players such as Deepak Hooda, Mohammed Siraj, Axar Patel are yet to play a game in the tournament, which means the purpose of sending a second string side has not been fully served. Hooda, for instance, did not get to play even during the home series against Sri Lanka despite being included in the 15-member squad.

India's biggest worry is skipper Rohit Sharma's form. One of India's most successful white ball players in recent times, the talented Mumbaikar is waiting for that one big knock that will propel him back to form.

India have not got good starts in the tournament despite Shikhar Dhawan's blazing form as Rohit has been dismissed cheaply in all the matches.

Suresh Raina has got to 20s but failed to kick on from there while Manish Pandey has remained steady in the middle-order. Dinesh Karthik's 39 off 25 balls against Sri Lanka has ensured that Rishabh Pant will continue to warm the dug-out.

It will be interesting to see if Rohit promotes KL Rahul to open the innings and himself comes down at No 4 -- something that he has done for Mumbai Indians in the IPL over the years.

Rahul was looking far more comfortable than Pant during his short stay in the Monday's game before he was dismissed in a freakish manner, getting hit wicket.

More than the batsmen, the bigger challenge will be faced by the bowlers against an unpredictable batting line-up like Bangladesh.

In their last encounter, India did well to restrict Bangladesh to 139 but in their very next match, the likes of Tamim Iqbal, Liton Das, Mushfiqur Rahim hammered the Sri Lankan attack into submission chasing down the highest-ever target on Sri Lankan soil.

In the bowling department, IPL's costliest Indian buy Jaydev Unadkat (Rs 11.5 crore) has been expensive in all three matches with skipper not being able to finish his quota of four overs in two of three games (1/35 in 3 overs vs SL, 3/38 in 4 overs vs B'desh, 1/33 in 3 overs vs SL).

Unadkat's experience will keep him in the playing XI even though there is Siraj, who is a few clicks quicker compared to the Saurashtra pacer.

While Shardul Thakur has done well in the last two games, Vijay Shankar has also been steady with his seam up stuff.

Among slow bowlers, off-spinner Washington Sundar has done exceedingly well opening the bowling in the Powerplay overs in every game.

The more celebrated Yuzvendra Chahal has been expensive in both games against Sri Lanka and at times it seemed that he is not as effective as he is when Kuldeep Yadav operates from the other end.