Dinesh Karthik became an instant hero after his last-ball, title-winning six against Bangladesh in the Nidahas Trophy. 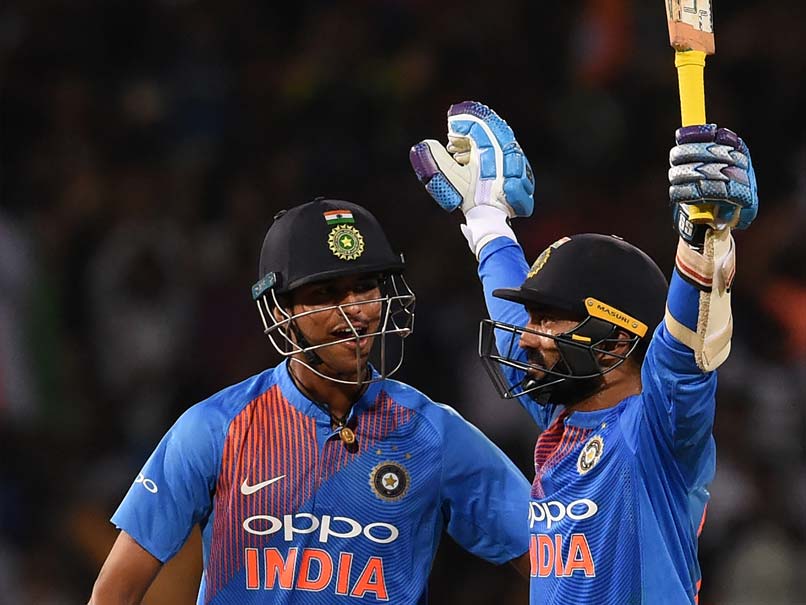 Dinesh Karthik became an overnight star after his last-ball six helped India beat Bangladesh in a thrilling final and clinch the Nidahas Trophy at R. Premadasa Stadium in Colombo. With India needing five runs off the last ball, Karthik hit a flat-bat six over extra-cover to keep India's T20I record against Bangladesh intact. After the knock, Karthik said the time spent over the years with Mumbai cricketer Abhishek Nayar had helped him strengthen the mental aspect of his game.

"He (Abhishek Nayar) has been the most important factor in the last two and half years in my career. He has helped me prepare for games. He has made me think in terms of strategy. He also knows what is the right way to work hard. He has been the river and I have been the boat," Karthik said.

Nayar, who made his international debut in 2009, has played three ODIs for India. Karthik was also part of all the three ODIs Nayar played.

With his aggressive yet composed batting, Karthik turned the match on its head when he walked out to bat after Manish Pandey's wicket and smashed two sixes and as many fours in the 19th over off Rubel Hossain to add vital 22 runs to India's score.

"It's an amazing feeling. These are things which remain in your memory for a lifetime," an ecstatic Karthik told bcci.tv after the end of the Nidahas Trophy final.

Dinesh Karthik relives the night of his life https://t.co/34A4khn7EQ

Karthik has been named the captain of Kolkata Knight Riders for the upcoming IPL and he would like to grow in stature after the platform that Nidahas Trophy has provided him.

"(The forthcoming) IPL is extremely important. It is a fabulous tournament. Indian cricket is where it is because of the IPL. We get to rub shoulders with the best. On a personal note, it is a very important tournament for me," Karthik said.

Comments
Topics mentioned in this article
India Cricket Team Sri Lanka Cricket Team Dinesh Karthik Nidahas T20 Tri-Series Abhishek Nayar Cricket
Get the latest updates on Fifa Worldcup 2022 and check out  Fifa World Cup Schedule, Stats and Live Cricket Score. Like us on Facebook or follow us on Twitter for more sports updates. You can also download the NDTV Cricket app for Android or iOS.