Yuzvendra Chahal continued his fine bowling form in the Nidahas Trophy 2018 as well. 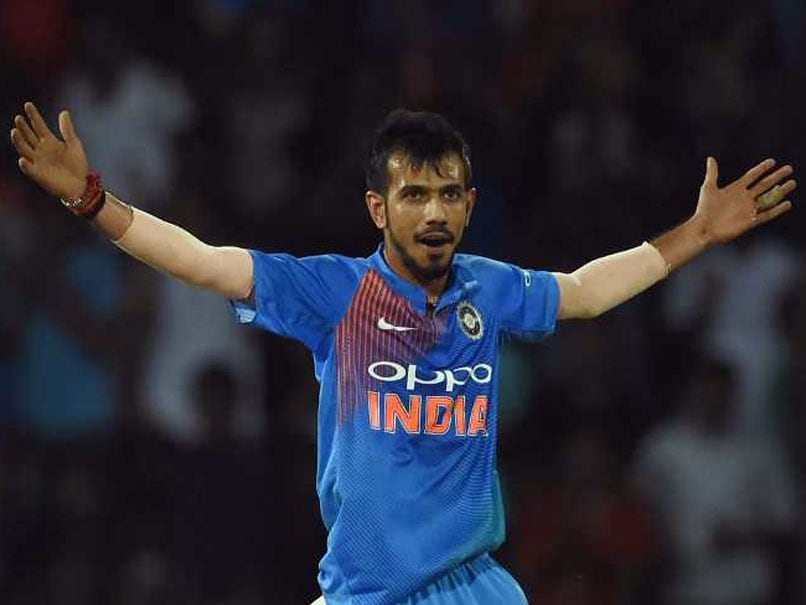 Yuzvendra Chahal climbed 12 spots, to number two, while Washington Sundar moved up 151 places, to 31st, in the latest ICC T20I Player Rankings for bowlers, owing to their impressive display in the recently concluded Nidahas Trophy Tri-Series, in Sri Lanka. Chahal now has a career-high 706 rating points, while Sundar, who was named Man of the Series, has 496 points.

"Chahal, along with Washington Sundar, claimed eight wickets each in the series and played leading roles in helping their side win the title. Sundar, for his contribution in the series, has rocketed 151 places to claim a career-high 31st position," the ICC said in a release on Monday evening.

The ICC added, "Rubel Hossain of Bangladesh has jumped 40 places to claim 42nd position and India's Jaydev Unadkat is now in 52nd position after rising 26 places after both the bowlers claimed seven wickets apiece, but Mustafizur Rahman has slipped one place to eighth."

In the batting rankings, Shikhar Dhawan reached a career-best position of 17th, jumping 11 places after scoring 198 runs for the team. The list is being led by New Zealand star batsman Colin Munro.

India captain Virat Kohli, who skipped the Nidahas Trophy, slipped to the 8th spot, while, India's hero of the final Dinesh Karthik, who blasted an eight-ball 29, before finishing off in style with a six, jumped from No. 126 to No.95, with his best-ever 246 points.

"In the batting table, Sri Lanka's Kusal Perera was the leading run-getter with 204 for which he has been rewarded with a jump of 20 places and has gone up to 20th position," the release said.

Here are the rankings:

Comments
Topics mentioned in this article
India Cricket Team Yuzvendra Chahal Washington Sundar Dinesh Karthik Nidahas T20 Tri-Series Cricket
Get the latest updates on IPL 2021, check out the IPL 2021 Schedule and Indian Premier League Live Score . Like us on Facebook or follow us on Twitter for more sports updates. You can also download the NDTV Cricket app for Android or iOS.