The Hardik Pandya-led squad reached Tauranga on Saturday and upon their arrival, the side received a 'powhiri' welcome. 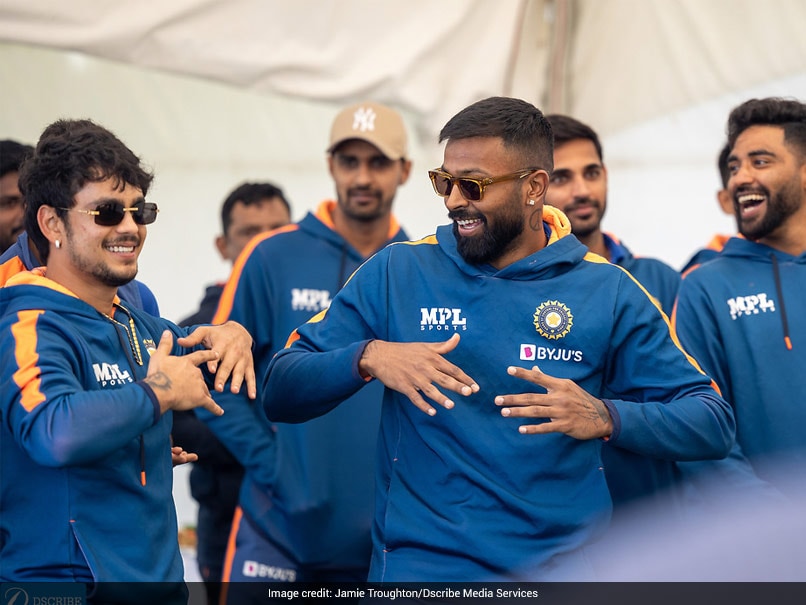 Team India gets a traditional welcome in Tauranga© Twitter

With the first T20I between India and New Zealand getting abandoned without a single ball being bowled due to rain in Wellington, the focus has shifted to the second game of the three-match series in Mount Maunganui. The Hardik Pandya-led squad reached Tauranga on Saturday and upon their arrival, the side received a 'powhiri' welcome. The entire Indian contingent seemed to have a good time, with everyone in good spirits.

A 'powhiri' is a Maori welcoming ceremony which involves speeches, cultural performance, singing and finally the hongi. It is used to both welcome guests onto a marae or during other ceremonies.

For most non-Maori speakers, an aggressive challenge of the visitor at the beginning of the ceremony takes place and it is the most spectacular part of powhiri.

Super Special Welcome for #TeamIndia from a Māori powhiri in Mount Maunganui on November 19, before the 2nd T20I vs Black Caps on November 20.

The first T20 International of the three-match series between India and New Zealand was called off without a ball being bowled as incessant rain made the ground unplayable, in Wellington on Friday. India are slated to play two more T20Is, followed by three ODIs as part of their tour of New Zealand.

Both the teams had come in following their exit from the semifinal stage of the T20 World Cup in Australia. While India lost to eventual champions England, New Zealand were defeated by Pakistan.

In the absence of regular skipper Rohit Sharma, premier all-rounder Hardik Pandya is leading the Indian T20 side with wicketkeeper batter Rishabh Pant serving as his deputy.

Besides Rohit, star batter Virat Kohli and opener KL Rahul have also been rested for the tour.

The ongoing series between India and New Zealand is being broadcast live on Amazon Prime Video, with the telecast for the T20Is starting at 11 AM.

Sanju Samson VVS Laxman Ishan Kishan New Zealand vs India, 2022/23 Cricket
Get the latest updates on IPL Auction 2023 and check out  IPL 2023 and Live Cricket Score. Like us on Facebook or follow us on Twitter for more sports updates. You can also download the NDTV Cricket app for Android or iOS.