Mohammad Kaif took to social media to share the pictures of their reunion in which they all could be seen spending some good time together. 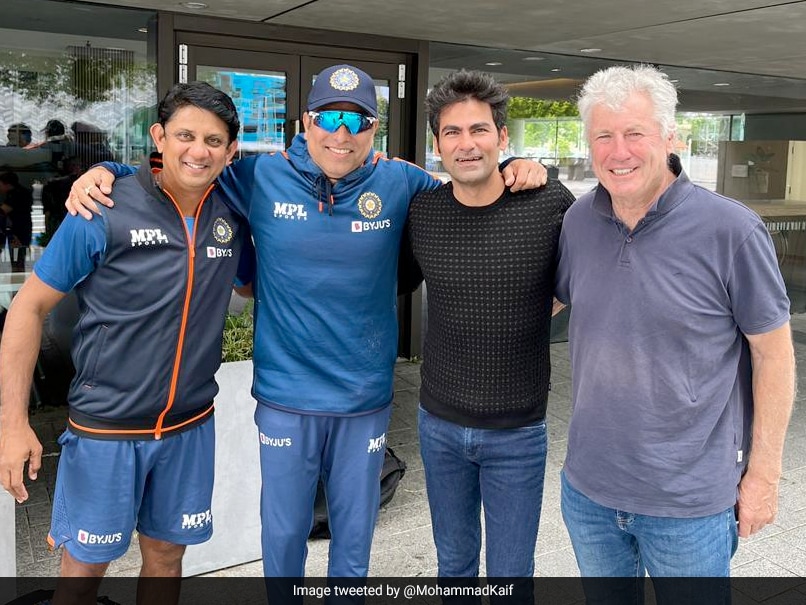 Former India cricketers Zaheer Khan, Mohammad Kaif and VVS Laxman met ex-coach of the national cricket team John Wright in New Zealand. Wright held the post of India coach from 2000 to 2005, a tenure that saw the side giving some really good performances, including a entry into the final of the ODI World Cup in 2003. The three Indians met Wright in New Zealand and Kaif took to social media to post the pictures of the reunion.

It is worth noting that under the coaching of Wright, India had also registered a historic 2-1 Test series win against Steve Waugh's all-conquering Australia side at home in 2001. The side also drew Test series in England and Australia and registered Test wins in West Indies and Zimbabwe.

The three Indians were in New Zealand recently for the Indian team's white-ball tour and didn't miss out on the opportunity to meet Wright. While Zaheer and Kaif were the part of the commentary panel in India's recently-concluded tour to New Zealand, Laxman was the stand-in coach of the national cricket team.

India defeated New Zealand 1-0 in a three-match T20I series. The first match was abandoned due to rain before India won the second game by 65 runs. The third and final game ended in a tie after DLS method was used due to rain mid-way during the game.

The teams then played an ODI series of three matches that was won by the hosts 1-0. The Blackcaps won the first game by 7 wickets while rain forced the second and third matches be abandoned.

Zaheer Khan
Get the latest updates on IPL Auction 2023 and check out  IPL 2023 and Live Cricket Score. Like us on Facebook or follow us on Twitter for more sports updates. You can also download the NDTV Cricket app for Android or iOS.