MS Dhoni is on the brink of breaking Master Blaster Sachin Tendulkar's record in New Zealand. 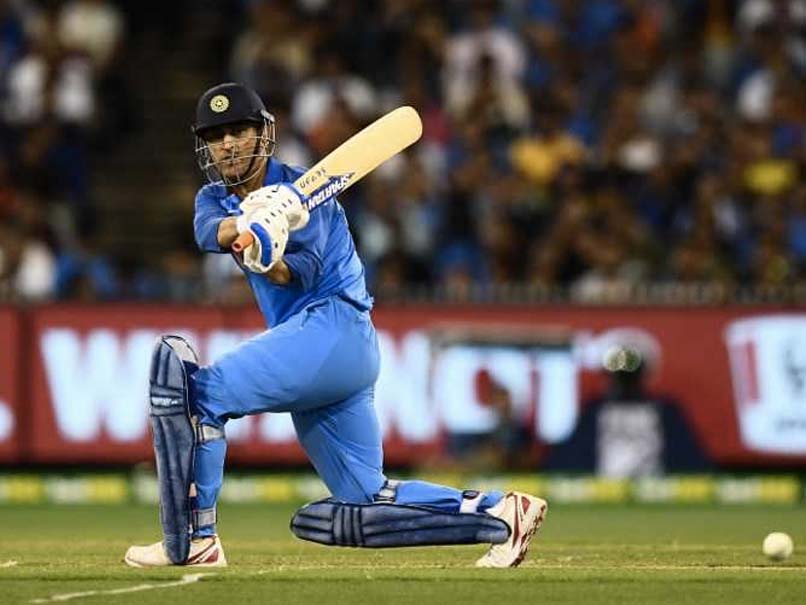 Mahendra Singh Dhoni has been in top form since he made comeback to India's One-day International (ODI) squad during the recently-concluded tour of Australia. With a hat-trick of fifties in Australia, the 37-year-old shrugged off the concerns regarding his declining form and place in India's World Cup squad. Now, as Virat Kohli's team is just two days away from locking horns with New Zealand in a limited-overs series, Dhoni is eyeing to break a record set by none other than Sachin Tendulkar. Dhoni, with 456 runs in 10 matches, is currently third on the list of India's leading run-getters in ODIs in New Zealand against the hosts. The former skipper stands behind Sachin Tendulkar (652 in 18 matches) and Virender Sehwag (598 in 12 matches).

Hence, Dhoni requires 197 runs to overcome Tendulkar and add another milestone to his name.

Dhoni could not get going with the bat in 2018 as he scored only 275 runs in 20 innings, recording the worst average and strike rate in his 12-year-long international career.

When Dhoni made a comeback with his first ODI game since September 2018, he scored 51 off 97 deliveries. His fifty against Australia in Sydney came almost a year after his last half-century against Sri Lanka.

Dhoni followed that with a 55-ball 54 in Adelaide and a series-clinching 87 off 114 balls Melbourne to help India script a historic 2-1 win Down Under.

The five-match ODI series between India and New Zealand begins in Napier on January 23.

MS Dhoni New Zealand vs India Cricket
Get the latest updates on IND vs NZ 2021, check out the Schedule and Live Score . Like us on Facebook or follow us on Twitter for more sports updates. You can also download the NDTV Cricket app for Android or iOS.