"What A Fight!": Twitter Lauds Ireland For Almost Chasing 226 vs India

Ireland vs India: Ireland nearly pulled off an upset for the ages as they took the 2nd T20I against India to the very last delivery, despite having to chase a mammoth target of 226. 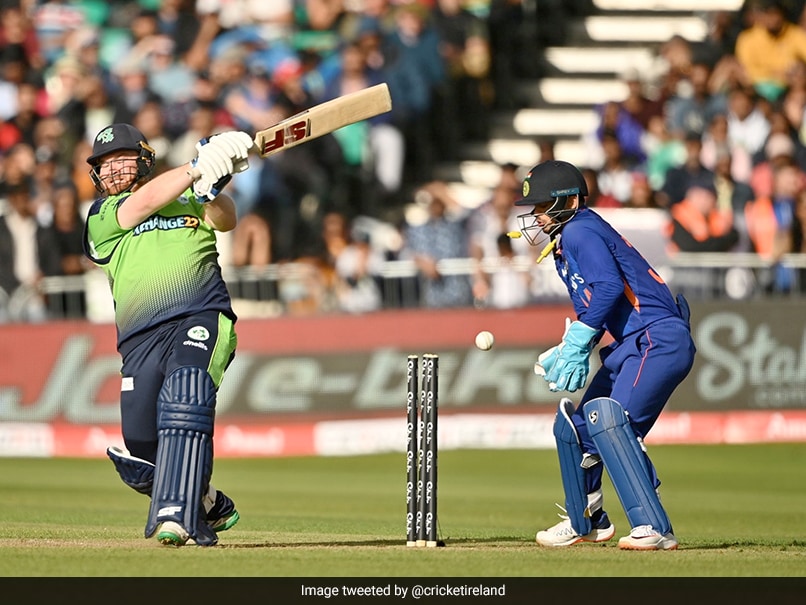 IRE vs IND: Paul Stirling gave Ireland a brilliant start in their chase of 226.© Twitter

When India posted a total of 225/7 in the 2nd T20I against Ireland at The Village in Malahide, few would have anticipated a last-ball thriller. But the Irish batters were in no mood to go down without a fight and they took the attack to the Indian bowlers. After Paul Stirling's whirlwind knock gave them the perfect start, captain Andy Balbirnie took over and hit a fine half-century. Knocks from Harry Tector, George Dockrell and Mark Adair then almost saw the hosts over the line in what would have been an upset for the ages, but they eventually fell short by just four runs.

Social media was full of praise for Ireland for the fight they put up against the Hardik Pandya-led Indian side.

Even Indian players and VVS Laxman, who was the visitors' coach for the series in the absence of Rahul Dravid, lauded the Irish fightback.

Here are some of the best reactions:

Fantastic game to finish off the series Congratulations to the team, staff and our fans for an amazing effort. Well done to Ireland for a brilliant game pic.twitter.com/x8Ct6OhPr4

A great game to end the series on a winning note

Had a wonderful time and a great experience here. The way our boys played was fantastic. The fight shown by the Irish batters & their approach tonight was commendable!
Great to see such young talents coming up here. Thank you Ireland for hosting us #IREvIND pic.twitter.com/7H5QWTKJKc

Ireland team are the real winners, the fightback, 14th in ICC ranking, lost by just 4 runs while chasing 225 runs against India - this is massive for Irish.

Ireland already my winner. What entertainment!

India have defeated Ireland by the barest of margin after scoring 225. What a fightback, what a show by Ireland. A complete T20 game.

A brilliant maiden T20I century by Deepak Hooda and Sanju Samson's 77-run knock powered India to a total of 225/7.

For Ireland, Stirling smashed 40 off just 18, while his opening partner Balbirnie went on to score 60 off 37.

With the win, India sealed a clean sweep in the two-match series.

Comments
Topics mentioned in this article
Ireland vs India 2022

George Dockrell Mark Adair Cricket Social
Get the latest updates on IPL Auction 2023 and check out  IPL 2023 and Live Cricket Score. Like us on Facebook or follow us on Twitter for more sports updates. You can also download the NDTV Cricket app for Android or iOS.