Chennai Super Kings released a video of Devon Conway's pre-wedding party, which was attended by his CSK teammates among others. 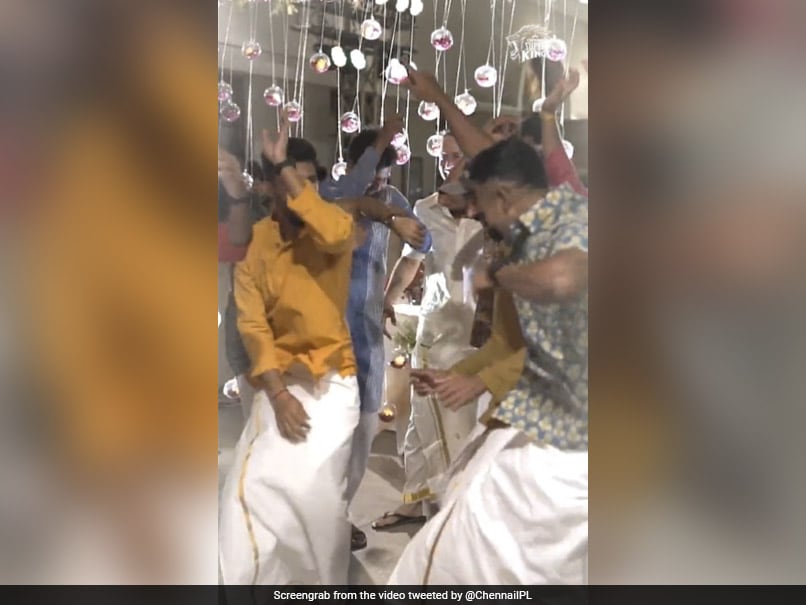 Chennai Super Kings batter Devon Conway recently had his pre-wedding party along with his teammates amid the ongoing Indian Premier League (IPL) 2022 season. The franchise released a video of the festivities, where the players and staff brought out their best traditional Indian look. In the video, Conway and his fiance Kim Watson are seen saying a few words before a speech from head coach Stephen Fleming. Conway is also seen cutting a cake which is soon smeared all over his face by his teammates.

The dancing soon begins and unsurprisingly, it was Dwayne Bravo seen leading the way as others joined him in doing his new wicket celebration dance.

Even MS Dhoni is seen doing a little shimmy with the music.

Conway was bought for his base price of Rs 1 crore by CSK in the IPL 2022 mega auction in February. He made his debut in the season opener against Kolkata Knight Riders, but was dismissed for just three runs.

He was then replaced in the team by Moeen Ali after the England all-rounder became available.

Conway is set to go get married and then return to the squad when done with the celebrations.

CSK got off to a difficult start in the season, losing their first four matches.

They got their first win of the season against Royal Challengers Bangalore but faced defeat in their next match against Gujarat Titans.

However, they then beat Mumbai Indians to keep their season alive.

They will next face Punjab Kings on Monday.

Dwayne Bravo IPL 2022 Cricket
Get the latest updates on ICC T20 Worldcup 2022, check out the Schedule and Live Score. Like us on Facebook or follow us on Twitter for more sports updates. You can also download the NDTV Cricket app for Android or iOS.