Watch: 18 Runs And 2 Wickets In Dramatic Last Over As LSG Win Thriller vs KKR

Needing 21 off the last over, Rinku Singh hit Marcus Stoinis for 4,6,6,2 off the first four deliveries to put KKR in the driving seat. However, the Australian all-rounder then struck twice in as many deliveries as LSG held their nerves to qualify for the playoffs. 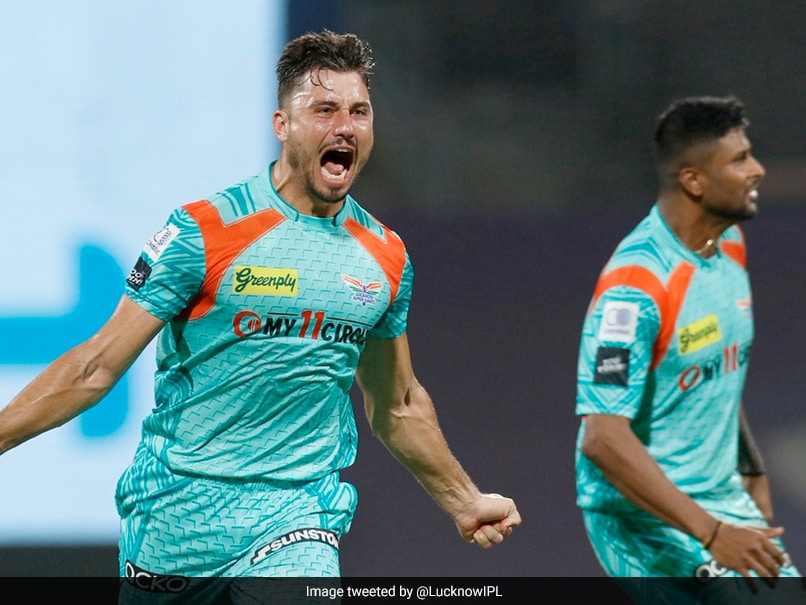 There was no shortage of entertainment and drama during Match 66 of the Indian Premier League as Lucknow Super Giants edged Kolkata Knight Riders in a thrilling contest by two runs. Openers Quinton de Kock and KL Rahul stitched the highest first-wicket partnership in IPL history as LSG posted a total of 210 without the loss of any wicket. In reply, KKR lost a few early wickets before their batters put on an incredible fight, which no one saw coming. Needing 21 off the last over, Rinku Singh hit Marcus Stoinis for 4,6,6,2 off the first four deliveries to put KKR in the driving seat.

However, the Australian all-rounder then struck twice in as many deliveries as LSG held their nerves to qualify for the playoffs.

Rinku Singh, who looked all set to be the hero for KKR, was caught thanks to a sensational one-handed effort by Evin Lewis, before Stoinis castled Umesh Yadav with a yorker to bring an end to a thrilling contest that Shreyas Iyer dubbed as one of the best matches of cricket he has played.

De Kock got three lifelines during his stay at the crease. He was dropped on 12 by Abhijit Tomar at third man.

Sam Billings then missed a regulation stumping when the South African wicketkeeper-batter was batting on 68.

Finally, Nitish Rana shelled out an easy catch on the boundary at square leg, while de Kock was batting on 127.

Chasing a target of 211, KKR were reduced to four for two inside the first three overs as Mohsin Khan struck twice.

Shreyas Iyer (50) and Nitish Rana (42) added 56 for the next wicket before the former and Sam Billing (36) stitched another 66 to keep KKR ticking in the chase.

Last but not least, Rinku (40) and Sunil Narine (21 not out) added 58 runs in 18 balls before Stoinis snagged two wickets off the last two deliveries.

Marcus Stoinis Shreyas Iyer Rinku Singh Nitish Rana IPL 2022 Cricket Kolkata Knight Riders vs Lucknow Super Giants, Match 66
Get the latest updates on ICC T20 Worldcup 2022, check out the Schedule and Live Score. Like us on Facebook or follow us on Twitter for more sports updates. You can also download the NDTV Cricket app for Android or iOS.