Virat Kohli opened up on his journey as RCB captain and said that he has nothing but gratitude for the franchise for believing in him. 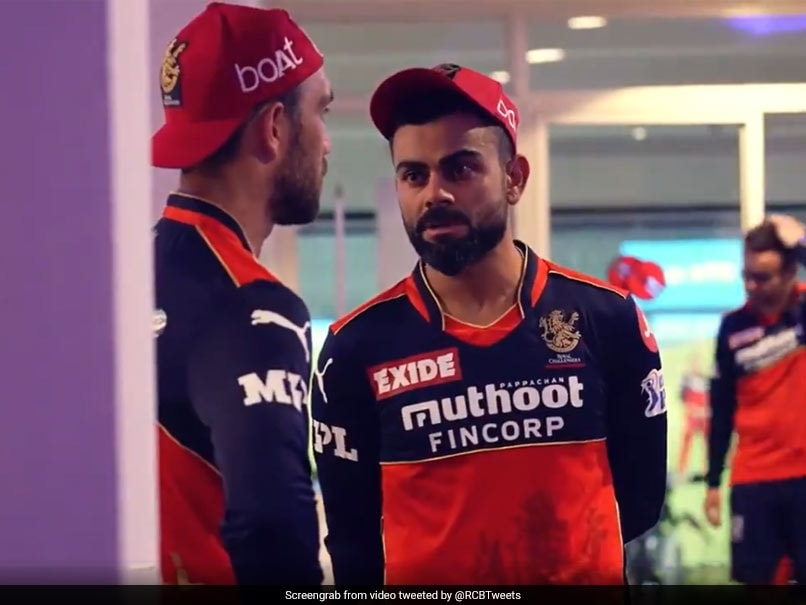 Virat Kohli's last match as captain in the Indian Premier League (IPL) ended in heartbreak as Royal Challengers Bangalore (RCB) lost the Eliminator of IPL 2021 to Kolkata Knight Riders by four wickets in Sharjah on Monday. A day after their exit from the tournament, RCB took to Twitter to post a video in which Virat Kohli opened up on his journey as the captain of the franchise and the prolific run-scorer said he has no complaints but only gratitude for the team.

"It's bit of an emotional moment for me because I have led this franchise for so long. I have tried my absolute best to make the team win and get us a title. Unfortunately, that could not happen. But I have no complaints, I only have gratitude for the opportunity that RCB has given me and I'm happy that I was able to give everything that I had," Kohli said in a video posted on Twitter by RCB.

Skipper opens up about the relationship he has had with RCB, the highs and the lows, the thoughts in his mind after leading RCB for one final time, the support he's got from fans and much more in this emotional video after last night's match.#PlayBold #IPL2021 #ViratKohli pic.twitter.com/TPLZC8NIp2

Speaking on his memorable moments as captain of the team, Kohli said the wins that came in Bengaluru will always remain special for him.

"Those crucial matches that you win, especially at home in Bengaluru were the most amazing and those are something that are so special as a captain when you see the team pulling things off," Kohli added.

The 32-year-old will now shift his focus to the T20 World Cup. Kohli will be leading the national side for the last time in the shortest format of the game, and he will be looking to end the country's 14-year wait for the T20 World Cup title.