IPL 2021: Virat Kohli, after leading India to a 2-1 ODI series win over England on Sunday, has shifted his focus on the upcoming Indian Premier League. 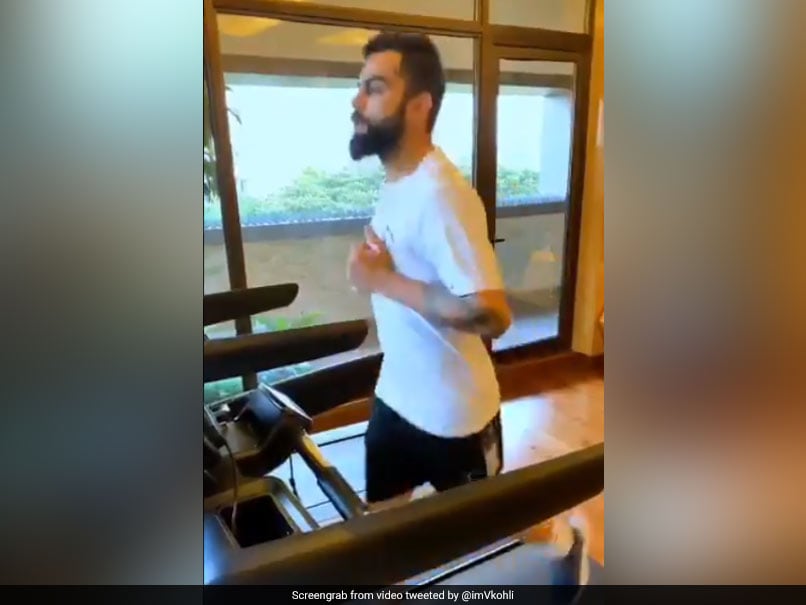 Virat Kohli has started his preparations for IPL 2021.© Twitter

Virat Kohli, after leading India to a 2-1 ODI series win over England on Sunday, has shifted his focus on his next assignment  -- Indian Premier League (IPL 2021). Set to begin next week, not many days are left for the tournament and Kohli has begun his preparations, setting eyes on the elusive trophy. The India skipper posted a video of himself on Twitter handle where he can be seen running on a treadmill inside a room. "No rest days. From here on its all about speed #IPL," Kohli captioned the video.

Loving the form @imVkohli .. I'm all packed to join the team pic.twitter.com/6rBIV3T3EH

AB de Villiers, Kohli's IPL teammate, responded to RCB skipper's video on the micro-blogging site, praising his form going ahead into the tournament. De Villiers, one of the mainstays in RCB batting line-up, also shared his picture all geared up to join the squad. "Loving the form @imVkohli .. I'm all packed to join the team," he wrote, replying to Kohli's tweet.

RCB have never won the IPL despite boasting some of the most explosive players in their line-up over the years. Chasing the elusive title, RCB once again spent big in the annual auction, held in February, including the likes of Kyle Jamieson (Rs 15 crore), Glenn Maxwell (Rs 14.25 crore), Daniel Christian (Rs 4.80 crore), along with some promising young talents to their roster.

Royal Challengers Bangalore IPL 2021 Cricket
Get the latest updates on ICC Women's Cricket World Cup 2022 and IPL 2022, check out the Schedule , Live Score and IPL Points Table. Like us on Facebook or follow us on Twitter for more sports updates. You can also download the NDTV Cricket app for Android or iOS.