IPL 2021: A fan asked Shah Rukh Khan if Kolkata Knight Riders will win the trophy this year and he was at his wittiest best in his response. 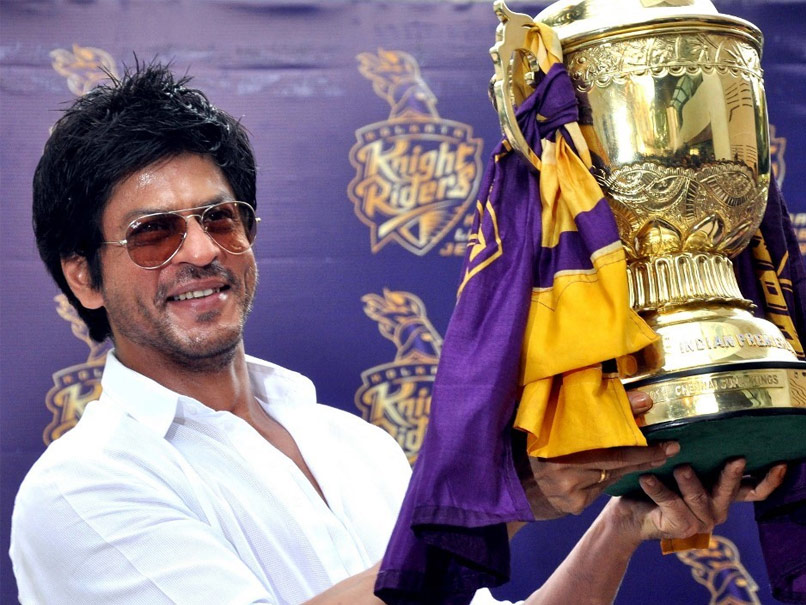 Shah Rukh Khan with the IPL trophy in 2012 after Kolkata Knight Riders won the cup.© AFP

Bollywood superstar and owner of Kolkata Knight Riders (KKR) Shah Rukh Khan wants his team to entertain the fans with their cricket and also put their best foot forward going into the Indian Premier League (IPL). Shah Rukh Khan hosted his much-awaited 'AskSRK' session for fans on Wednesday and came up with witty replies to some questions. The star said that he wants to drink coffee in the IPL trophy only. When a fan asked Shah Rukh Khan about his wish for KKR this year, 'King Khan' replied, "They should all be healthy and entertain us with their cricket....and put their best effort forward."

One of the fans asked him if KKR would win the 'Cup' this year and Shah Rukh gave the wittiest reply," I hope so. I want to start drinking coffee in that only!"

I hope so. I want to start drinking coffee in that only! https://t.co/s9UvyY2QdV

"I think adding Harbhajan to our squad has strengthened our spin department. If you look at our spin department, on paper it is one of the best in the tournament and that is factual," said Morgan during a virtual press conference on Wednesday.

"We have to play in Chennai and it can turn there, it can raise the eyebrows of our spinners there. If we do well in the tournament, our spinners would have bowled well," he added.

KKR had failed to qualify for the playoffs last season and finished the league games with 14 points.

IPL 2021 will begin on April 9 with Royal Challengers Bangalore (RCB) and Mumbai Indians locking horns in the tournament opener. KKR will play their first game on April 11 against SunRisers Hyderabad.

Kolkata Knight Riders Cricket
Get the latest updates on ICC T20 Worldcup 2022 and CWG 2022 check out the Schedule, Live Score and Medals Tally. Like us on Facebook or follow us on Twitter for more sports updates. You can also download the NDTV Cricket app for Android or iOS.