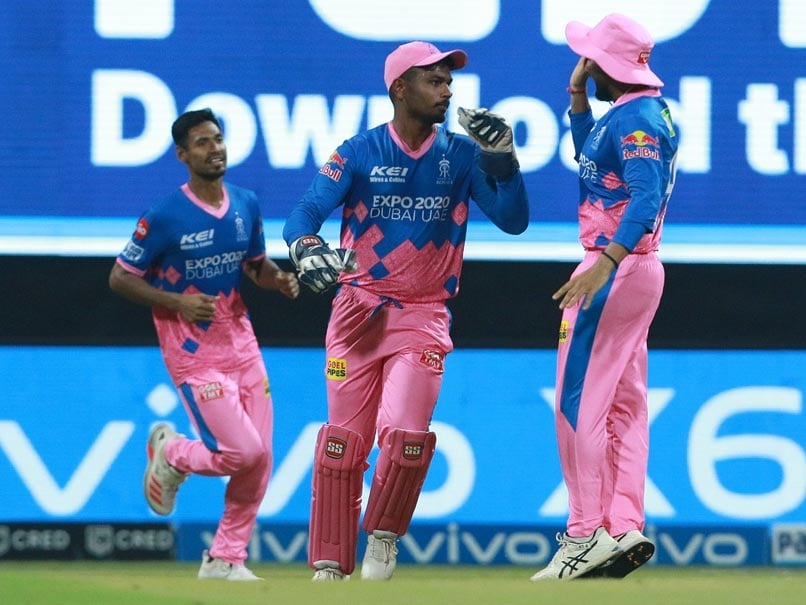 Rajasthan Royals skipper Sanju Samson took a sensational catch behind stumps to dismiss Delhi Capitalsopener Shikhar Dhawan, who failed to repeat the same magic from the last game and departed cheaply in match 7 of IPL 2021at the Wankhede Stadium on Thursday. Dhawan, top-scorer for Delhi Capitals in their opening match, tried to scoop a Jaydev Unadkat delivery over the wicket-keeper but Samson showed great athleticism and threw himself in the air, completing the catch with one hand.

Unadkat, playing his first game this season, accounted for the dismissals Delhi Capitals' top-three batsmen, including Prithvi Shaw and Ajinkya Rahane. While Shaw was caught by David Miller, Rahane handed a simple catch back to the bowler as Unadkat ran through Delhi's top-order.

Despite losing their first game chasing the total, Samson won the toss and opted to bowl and his bowlers proved their skipper right with a superb bowling performance, reducing Delhi Capitals and to 36 for three at the end of the Powerplay.

All-rounder Marcus Stoinis got our for a duck as Rajasthan Royals took control of the game. Unadkat finished his four-over spell, picking up three wickets for 15 runs.

Rishabh Pant
Get the latest updates on IPL 2021, check out the IPL 2021 Schedule and Indian Premier League Live Score . Like us on Facebook or follow us on Twitter for more sports updates. You can also download the NDTV Cricket app for Android or iOS.