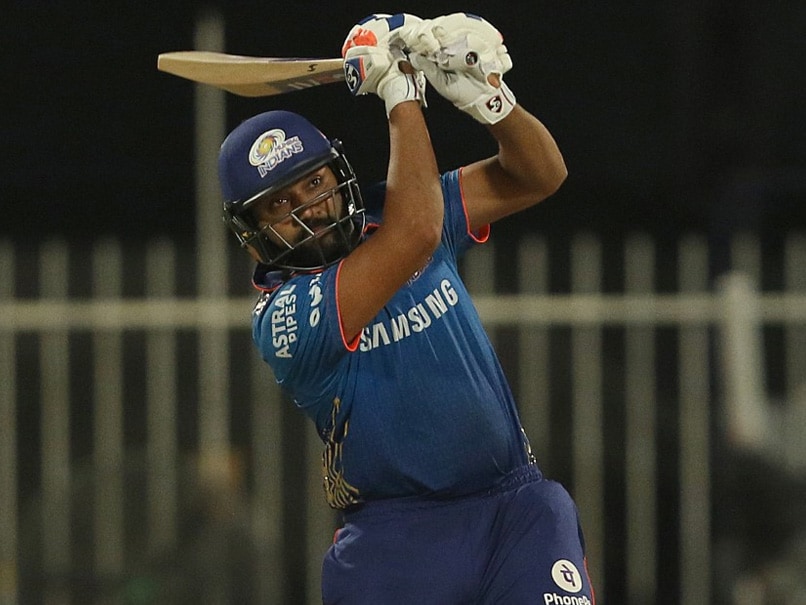 Mumbai Indians (MI) skipper Rohit Sharma added yet another feat to his name on Tuesday as he became the first Indian batsman to hit 400 sixes in T20 cricket. The 34-year-old achieved the milestone against Rajasthan Royals (RR) in Match 51 of Indian Premier League (IPL) 2021 in Sharjah on Tuesday. Apart from Rohit, no other Indian batsman has managed to hit more than 350 sixes in the shortest format. CSK batsman Suresh Raina(325) is the second Indian on the list of most sixes, followed by Royal Challengers Bangalore (RCB) captain Virat Kohli (320) and Chennai Super Kings captain MS Dhoni (304). Out of the 400 sixes, Rohit hits 133 for the national team and 227 in the IPL. He had hit 16 sixes in the Champions League T20 and another 24 sixes in other T20s.

In the list of most sixes in T20s, veteran West Indies batsman Chris Gayle leads the tally with a mammoth total of 1042 sixes.

Gayle is the only batsman in the history of the format to hit more than 1000 sixes.

On Tuesday, Rohit scored 22 runs off 13 balls as MI comfortably chased down the target of 91 runs set by RR, with eight wickets to spare. MI hit the winning runs in the ninth over of their innings to inflict a humiliating defeat on RR.

The victory boosted MI's hopes of playoff qualification and dealt a major setback to those of RR.

Mumbai Indians Cricket
Get the latest updates on ICC Women's Cricket World Cup 2022 and IPL 2022, check out the Schedule , Live Score and IPL Points Table. Like us on Facebook or follow us on Twitter for more sports updates. You can also download the NDTV Cricket app for Android or iOS.