PBKS vs SRH: Harpreet Brar "Can Do Everything," Says Punjab Kings Captain KL Rahul After Thrilling Win Over SRH

SRH vs PBKS: After pulling off a thrilling win against SunRisers Hyderabad, Punjab Kings skipper KL Rahul was full of praise for Harpreet Brar. 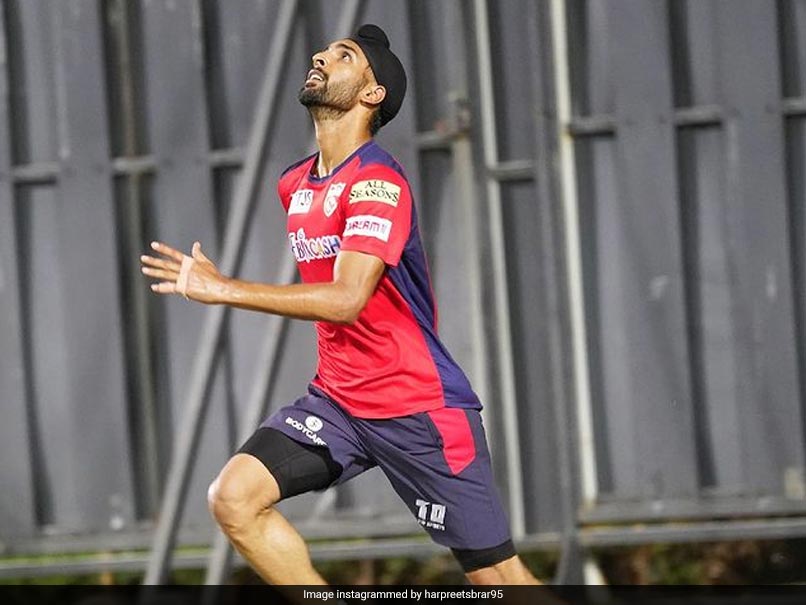 KL Rahul was full of praise for Punjab Kings' Harpreet Brar after their win over SRH.© Instagram

Punjab Kings pulled off a thrilling win in Indian Premier League (IPL) 2021 as they successfully defended 125 runs against SunRisers Hyderabad (SRH) on Sunday. After the win, Punjab Kings skipper KL Rahul was full of praise for his all-rounder Harpreet Brar and said that the youngster "can do everything." KL Rahul also revealed Harpreet Brar's approach every time he's asked to bowl. "He (Harpreet) has been good for us, he can do everything. Has finished some games for us, also gives us control with the ball and great in the field," KL Rahul said at the post-match presentation.

"Every time I go to him, he tells me 'Paaji (Brother) don't worry, I won't leak runs'. That's his attitude," he added.

In the match, Harpreet played a crucial knock of 18 runs off 18 deliveries to help Punjab Kings post a total of 125 for seven from their allotted 20 overs.

Chasing 126 for the win, SRH struggled to get going as they lost both their star overseas batters David Warner (2) and Kane Williamson (1) cheaply.

With the ball, Harpreet kept things tight in the middle overs and bowled his four overs at an economy rate of 6.2 runs per over.

SRH eventually fell five runs short of the target despite a late flourish from Jason Holder, who played an unbeaten knock of 47.

After getting the better of SRH in Sharjah, Punjab Kings moved up to the fifth spot on the points table.

They will next take on Mumbai Indians in Dubai on Tuesday.

KL Rahul Harpreet Brar IPL 2021 Cricket Sunrisers Hyderabad vs Punjab Kings, Match 37
Get the latest updates on IPL Auction 2023 and check out  IPL 2023 and Live Cricket Score. Like us on Facebook or follow us on Twitter for more sports updates. You can also download the NDTV Cricket app for Android or iOS.