IPL 2021: Ravi Bishnoi took an incredible catch at deep midwicket to get rid of the dangerous Sunil Narine in Punjab Kings' match against Kolkata Knight Riders. 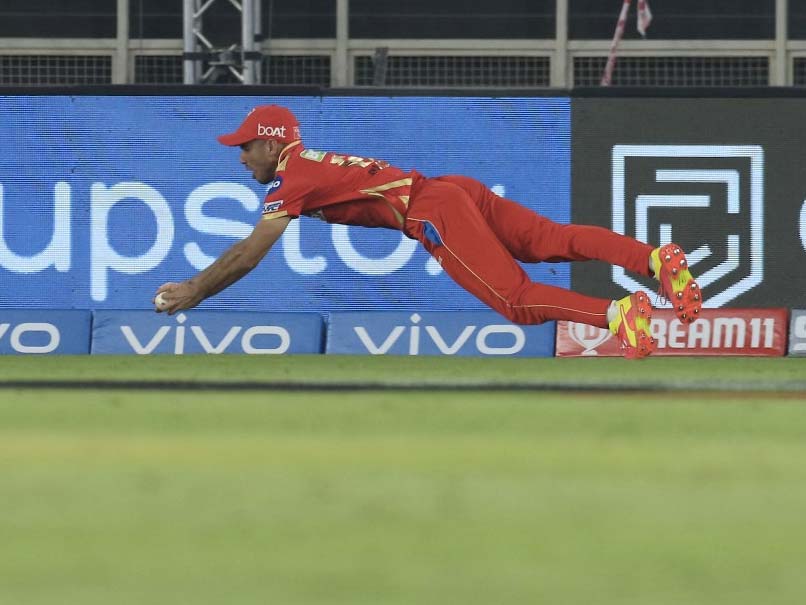 IPL 2021: Ravi Bishnoi grabbed on to a blinder of a catch against Kolkata Knight Riders.© BCCI/IPL

Young leg-spinner Ravi Bishnoi has had an immediate impact since he played his first game of the ongoing season of the Indian Premier League (IPL) for Punjab Kings (PBKS). He did not play in the PBKS' first three matches, but impressed with returns of 2/21 against Mumbai Indians. Then, in their next match, against Kolkata Knight Riders on Monday, Bishnoi took a blinder of a catch to dismiss the dangerous Sunil Narine. As Narine looked to pull Arshdeep Singh over deep midwicket, Bishnoi ran a long way from deep square leg and then, diving at full stretch, held on to the ball that had gone very high.

The effort was good enough for Harsha Bhogle to exclaim that it was the "catch of the tournament" on commentary.

We've had a catch off a full toss, the catch of the tournament, a run-out where the batsman starts walking only to discover he was in.....all in 4 overs!

Former England captain Kevin Pietersen was so impressed, he said it was the best catch in the history of the IPL.

"The catch of EVERY IPL tournament. Wow wow wow - Bishnoi," he tweeted.

The catch of EVERY IPL tournament. Wow wow wow - Bishnoi

The catch saw KKR lose their third wicket early on in the low chase of 124.

Earlier, KKR pacers tormented the Punjab Kings batsmen in the first game of the tournament at the Narendra Modi stadium in Ahmedabad.

Things could have been worse for the KL Rahul-led side, who were 95/8 at one time. However, a late cameo of 30 off 18 deliveries by Chris Jordan helped them reach a respectable score.

Mayank Agarwal was their highest scorer, hitting 31 off 34 deliveries before he was caught in the deep by Rahul Tripathi off Narine's bowling.

Kolkata Knight Riders Punjab Kings vs Kolkata Knight Riders, Match 21 Cricket
Get the latest updates on ICC Women's Cricket World Cup 2022 and IPL 2022, check out the Schedule , Live Score and IPL Points Table. Like us on Facebook or follow us on Twitter for more sports updates. You can also download the NDTV Cricket app for Android or iOS.