Natasa Stankovic has been regularly posting pictures of her son Agastya with her and dad Hardik. 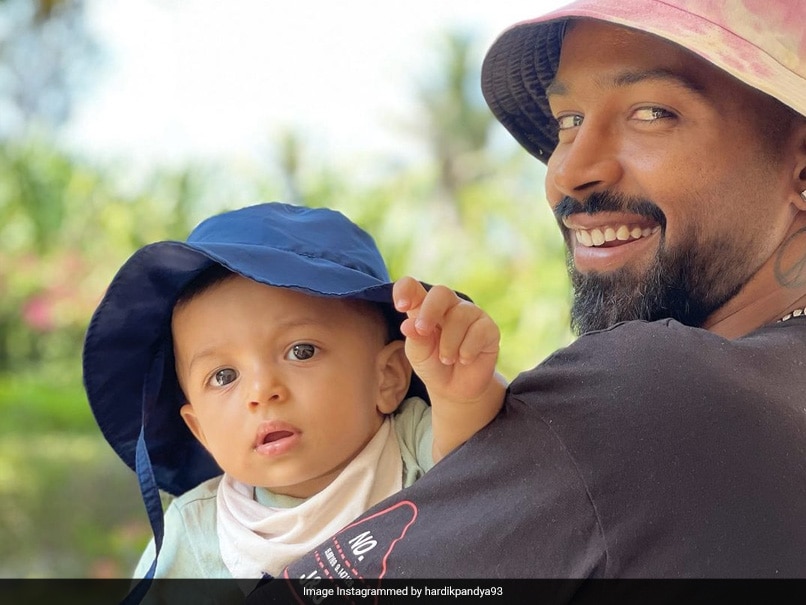 Serbian model turned actress Natasa Stankovic enjoys quite a fan following on Instagram. Natasa is very active on the photo-sharing application as she often shares stylish pictures with her fans. Other than herself, she also posts pictures of partner Hardik Pandya and their son Agastya. On Sunday, the 29-year-old shared a photo of the father-son duo in her Instagram Stories along with a heart emoji and tagged the Indian cricketer. In the photo, Agastya is wearing a printed T-shirt with matching shorts and the Mumbai Indians (MI) all-rounder is seen cuddling the baby. Earlier on Friday, Natasa and Hardik celebrated their son Agastya's nine-month anniversary by sharing adorable pictures with him on their respective Instagram page.

Natasa and Hardik welcomed their first child on April 30 last year and ever since then, they celebrate Agastya's monthly birthdays by posting a photo of him on social media.

Hardik is currently in New Delhi with the MI squad for the second phase of the Indian Premier League (IPL 2021). So far, Hardik has played seven games for Mumbai and scored just 52 runs at an average of 8.66 and an economy rate of 118. Hardik has not bowled in this season due to a shoulder niggle.

Overall, Hardik has played 87 games in the IPL and amassed 1,401 runs at an average of 27 and a staggering strike rate of 157.23. He has also picked 42 wickets. Hardik made his IPL debut for Mumbai in 2015 and ever since, he has been an integral part of the MI squad.

Mumbai will next take on Sunrisers Hyderabad (SRH) in the 31st match of the IPL.