IPL 2021: Mumbai Indians posted pics of Rohit Sharma in which he was seen playing volleyball. 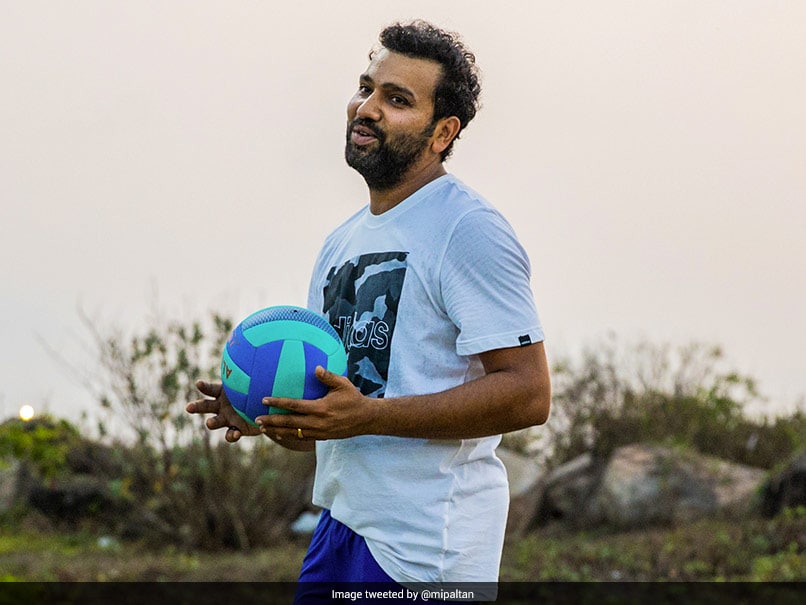 Rohit Sharma, Mumbai Indians skipper, was seen playing volleyball to beat the heat on Saturday. The five-time Indian Premier League (IPL) champions took to Instagram to share a few pictures of their captain trying his hands at volleyball. The defending champions are in Chennai where they will kick start their IPL 2021 campaign against Virat Kohli-led Royal Challengers Bangalore on April 9. Soon after the Mumbai Indians posted the image, it created a buzz on social media. By the time of writing, the post already had over 3 million likes on Instagram.

Rohit joined the rest of the Mumbai Indians squad on Monday after a successful ODI series against England.

Mumbai Indians were flawless last season as they won the IPL trophy for a record-extending fifth time in the UAE.

The Mumbai-based franchise would be hoping for a repeat of the last year and become the first team to win the IPL title for the third consecutive year.

Mumbai Indians retained their core set of players for the upcoming season of the T20 tournament while adding seven players in the player auction earlier this year.

The defending champions also invested in Arjun Tendulkar, son of legendary Sachin Tendulkar, by getting him on board during the auction.

Rohit Sharma IPL 2021 Cricket
Get the latest updates on IPL Auction 2023 and check out  IPL 2023 and Live Cricket Score. Like us on Facebook or follow us on Twitter for more sports updates. You can also download the NDTV Cricket app for Android or iOS.